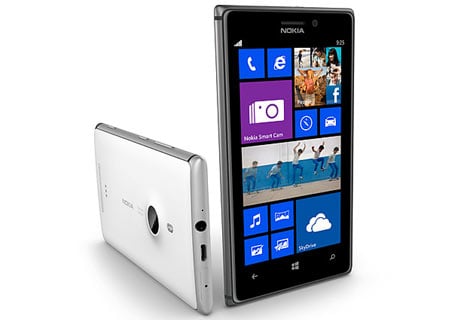 The big Nokia smartphone mystery has been solved as the Lumia 925 has gone official at a global launch event in London along with a €469 price. The recently announced handset is also known as the Catwalk which was under high speculation since the start of 2013.

For those who aren’t aware, the 925 is the international version of the 928 which recently went official in the US. However, unlike the latter and every other member in the series, the handset doesn’t feature a polycarbonate design. Instead, it comes dressed in aluminum, making it the first of its kind in the range. Of course, it does carry flagship status and various improvements compared to its predecessor. 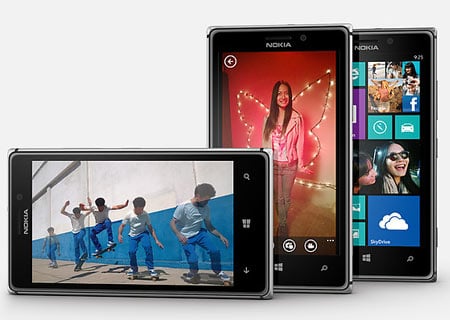 What buyers and fans will come to like is that the device not only weighs lesser than the 920, but is also slimmer. The previous flagship measures 10.7mm and the Verizon specific phone is 9.48mm thick. Compared to these, the newly launched one has been slimmed down to an 8.5mm profile. This is made possible owning to the metal construction. The front is dressed with a 4.5-inch display and not a 4.7-inch one. And what’s worth mentioning is that the PureMotion HD+ panel is not an LCD, but an AMOLED screen.

The same dual core 1.5GHz Snapdragon S4 processor powers the phone up with 1GB of RAM and a 2000mAh battery. The PureView technology is the main highlight once again, but there’s no 41MP sensor here, just an 8.7MP OIS lens that’s also found in the previous flagship. As expected, high performance low-light imagery is the key feature which is made possible through the inclusion of a BIS sensor and Carl Zeiss optics.

Well, the company has added a little extra to complement its snapper technology. The Smart Camera application tags along various effects such as Best Shot, Action Shot and Motion Focus and it will be rolled out to all Lumia phones running WP8 as an update. Lastly, images can be shared with others on Facebook, Twitter, Foursquare and Instagram through Hipstamatic that’s soon to be available for the smartphone.

The Nokia Lumia 925 is expected to be available in UK, Germany, Italy, Spain and China next month for the aforementioned price. Additionally, the new flagship is scheduled to go on sale in the US via T-Mobile and various other locations. The said retail amount excludes local taxes and operator subsidies. 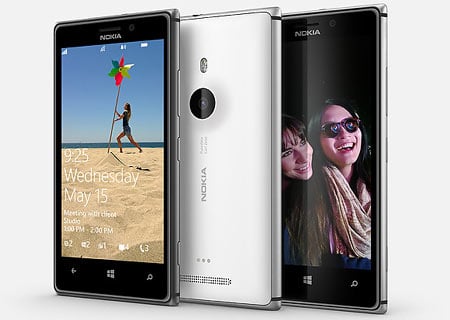