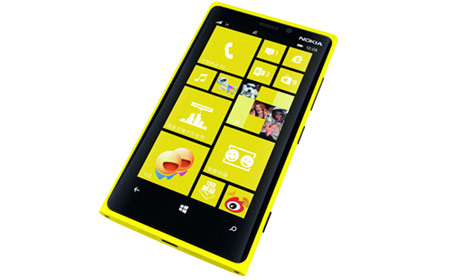 The price of the Nokia Lumia 920T has trickled down, and the company says it will be the first TD-SCDMA Windows Phone to hit markets in China. The phone we saw earlier through an errant tweet, comes out of a partnership between the Finnish OEM and China Mobile, a government-owned telecom corporation, and will run on the company’s 3G network.

The market-specific device incorporates Nokia’s PureView floating lens technology into its 8.7MP primary snapper which brings along auto focus and LED flash. This means that its camera sensor can let in a lot more light than conventional image sensors when not using the flash. As a result, pictures taken and videos captured indoors and at night are clearer. A secondary camera positioned on the front captures at 1280 x 960p. 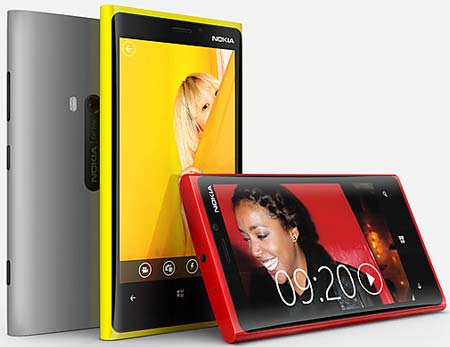 Coming to the specifications, a 4.5-inch ClearBlack display is featured on the front panel with a resolution of 1280 x 768p and a pixel density of 332ppi, offering better sunlight readability. This capacitive multi-touch screen is protected by Corning Gorilla Glass and can boast of PureMotion HD+ technology.

The Lumia 920T functions on a dual core Qualcomm Snapdragon S4 processor which is run at a speed of 1.5GHz. It comes with 1000MB of RAM and affords users 32GB of internal memory storage with 7GB available in SkyDrive. In addition, it features Bluetooth 3.0, Wi-Fi channel bonding and 802.11 a/b/g/n WLAN.

And as expected, the Windows Phone 8 handset comes with the all the company’s navigation apps, including Nokia City Lens which displays information on places, shops and restaurants over the surrounding environment as seen by the phone’s camera. Users won’t just have access to the range of software in Nokia’s Marketplace, they’ll also be able to connect to China Mobile’s application store, dubbed Mobile Market.

The smartphone is juiced up by a 2000mAh non-removable battery which is said to deliver 74 hours of music playback and about 460 hours of standby time. It weighs 185 grams and measures 130.3mm x 70.8mm x 10.7mm in dimensions. What’s great about the phone is that it can be charged wirelessly, simply by placing it on a charging pad. 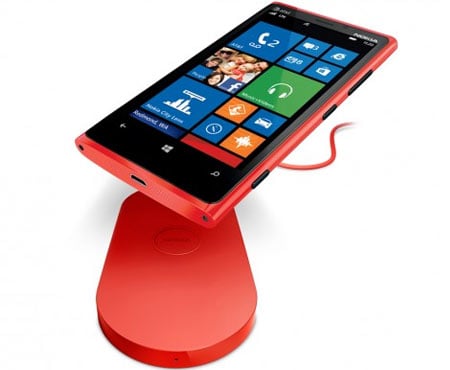 Chinese consumers will be able to order the Nokia Lumia 920T by the end of the year which will retail at ¥4599. China Mobile will offer the phone in four colors including red, yellow, black and white.