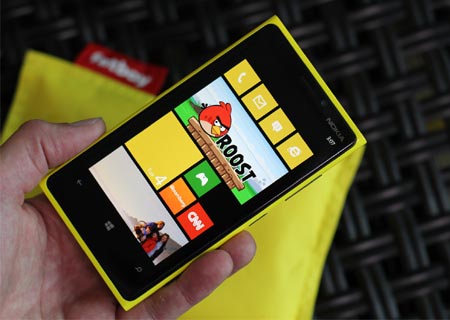 We’ve already seen what the 808 handset is capable of and now that the Nokia Lumia 920 PureView Windows Phone 8 smartphone has been officially unveiled, we’re more than eager to taste the ‘advanced imaging’ capabilities of this device. Well, our urges will have to wait as the company doesn’t plan on launching the phone anytime soon.

Resting under the 4.5-inch PureMotion HD+ WXGA IPS ClearBlack LCD is a 1.5GHz dual core Snapdragon S4 processor accompanied by 1GB of RAM and a 2000mAh battery which tags along Qi wireless charging integration. Apart from a decent offering of specifications, Nokia has enhanced its PureView imaging by introducing an improved floating lens technology which enables the camera to acquire five times more light without flash, compared to other smartphones. The main 8.7MP camera features optical imaging stabilization and Carl Zeiss optics that allow users to capture videos in FHD resolution at 30fps.

“Nokia PureView continues to deliver cutting-edge technology to make it possible for a smartphone camera to take the kind of images usually only seen on a standalone SLR camera,” said Jo Harlow, executive vice president of Nokia Smart Devices. “With the Nokia Lumia 920 we have made it possible to shoot pictures and video at home, outdoors, in a restaurant or even at night, and come out with professional-looking results.”

A 1.2MP HD webcam is placed on the front for video conferencing over Wi-Fi, LTE and HSPA+. The Finland manufacturer has dressed the Nokia Lumia 920 PureView Windows Phone 8 smartphone with a stylish appearance, but has apparently forgotten to drop in a microSD card slot. On the bright side, 32GB of hoarding capacity is built in with 7GB of free storage on SkyDrive. The handset comes in yellow, red, grey, white and black color options. 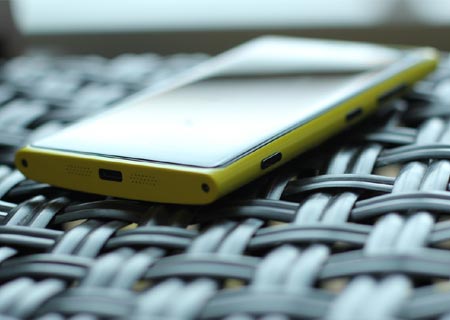 The Nokia Lumia 920 PureView price and release date details are expected to surface when ‘sales are due to begin’ later this year. The handset will arrive in 2 variants, namely 4G LTE and HSPA+.