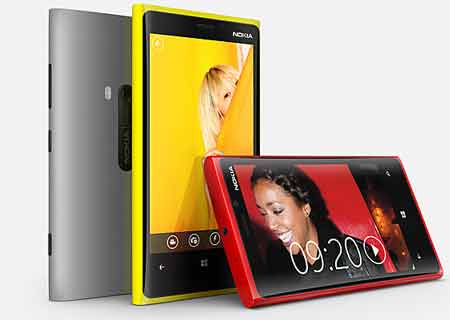 The Nokia Lumia 920 and Lumia 820 smartphones have a release date planned for sometime this week in the UK and France according to the Finnish manufacturer. In the US, both smartphones will arrive through AT&T, while Verizon and T-Mobile have their own versions of the latter to offer.

The Lumia 920 marks the launch of the company’s PureView technology on the Windows 8 platform. Apart from being the manufacturer’s flagship device, it also falls under the high-end category with a dual core Snapdragon S4 processor employed at its heart with a clock speed of 1.5GHz. One of the main features incorporated here is the 8.7MP camera that allows users to snap up low-light images and record videos in 1080p HD. Users will have 32GB of storage and a 4.5-inch PureMotion HD+ touchscreen for visuals.

The Lumia 820 packs in a 4.3-inch ClearBlack display which proffers a resolution of 480 x 800 pixels. In terms of dimensions, it measures 123.8mm x 68.5mm x 9.9mm and weighs approximately 160 grams. A dual core 1.5GHz Qualcomm processor takes charge of getting things done along with 1GB of RAM, while 8GB of flash memory caters to storage needs with assistance from a microSD card slot. The rear features an 8MP camera with Carl Zeiss optics. 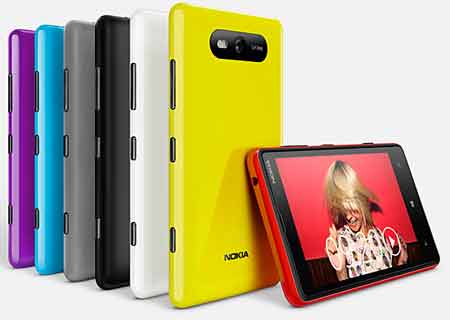 For potential buyers in the UK and France, the Nokia Lumia 920 and Lumia 820 will reach stores by the end of this week. Both smartphones will also be available in Russia and Germany soon, followed by select markets around the world before November ends. More accurate details including price, are expected to surface through regional carriers and retails outlets for each country.