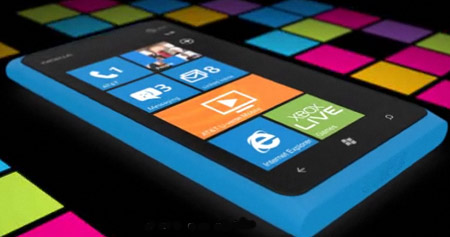 The rumor mills are abuzz with news of a Nokia Lumia 910 which arrives at a time when the Lumia 900 is gearing up to enter the U.S and U.K. This being just a speculation, nothing much is known about the 910 handset and what it will bring along, if and when the device makes its presence felt.

A post on Engadget shares that a tweet let out by Eldar Murtazin not only hints at the Lumia 910’s May arrival but also reveals that the handset may be endowed with a 12MP camera. Although this still remains a rumor, there is nothing wrong in hoping for a new entrant, we guess. But whatever be the case, loyalists can watch out for further developments. 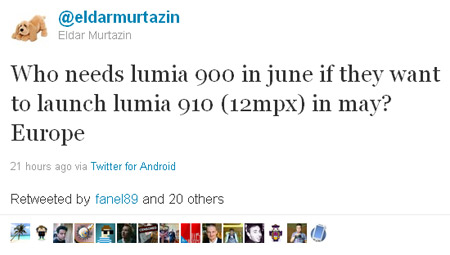 It should probably be safe to assume that if the Lumia 910 materializes, its form factor will be something that most fans have become familiar with. Additionally, the 12MP specification will be a neat inclusion and may receive the approval of potential users who are constantly on the move. Needless to say, the speculation brings another Windows Phone to look forward to as far as the upcoming handsets on the scenario are concerned.

Whether the Nokia Lumia 910 will be seen gracing the shelves in May can only be confirmed if the company decided to send out an official announcement regarding the same. As for now, the Lumia 900 is the latest available option for potential users wanting to get their hands on a Mango running device.