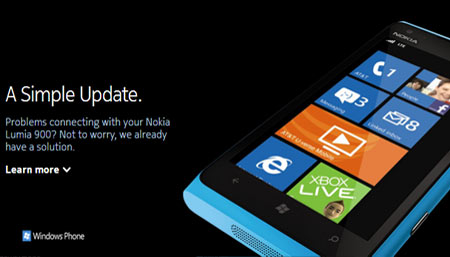 Nokia’s latest 4G LTE WP7 installment apparently ships with a data loss bug on-board and that’s mainly why the Lumia 900 update has rolled out. To compensate the trouble this has caused, the Finland-based manufacturer is expected to provide a $100 AT&T bill credit to all purchases made on or before April 21, 2012.

The loss in data connectivity issue was discovered soon after the device hit the market. And according to Nokia, the reason behind the bug is related to memory management. This highlights that the problem is in the phone software only and isn’t related to either the hardware or the network carrier.

“Soon after this flagship device began selling, we identified a software issue. In short, a memory management issue was discovered that could, in some cases, lead to loss of data connectivity. This issue is purely in the phone software, and is not related to either phone hardware or the network itself. As a proactive and prudent measure, we decided to take immediate action. We have identified the issue, and have developed a solution,” stated Nokia executives, Chris Weber and Jo Harlow, through a post made on the official Nokia Conversations blog.

For those who have already picked up a Lumia 900 unit, the company is currently offering two solutions to fix the issue. Users can download and install the latest software onto their smartphones through the Zune application for PC or Windows Phone 7 Connector for Mac or exchange the handset for an updated version at any AT&T store. 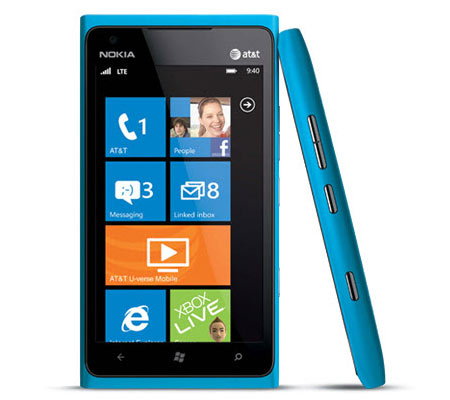 Along with the Lumia 900 update, Nokia will provide a $100 AT&T bill credit to all current purchases and those made on or before April 21, as previously mentioned.