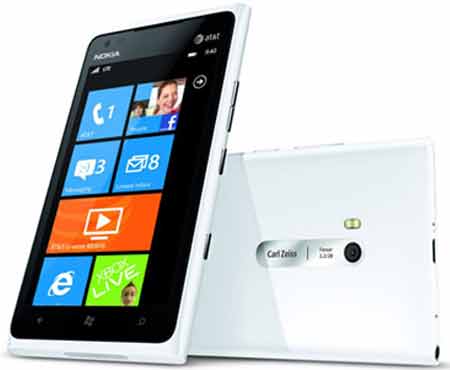 Nokia Lumia 900 users in the US and Canada should gear up to receive software updates that are expected to tag along numerous enhancements for the smartphone. The device can be updated with the help of Zune for Windows or by using the Windows Phone 7 connector for Mac computer systems, reveals the Nokia Conversations blog.

Those in the US will now have the Flip-to-silence feature that puts the phone in the silent mode as soon as it is flipped over. Camera enhancements for the Lumia smartphone should allow launching the concerned application from the lock screen itself. In addition to this, the battery and the startup sequence performances have been improved as well.

“The Nokia Lumia 900 has been turning heads since it appeared on store shelves in May. As part of our ongoing commitment to our Lumia owners, today we’ve announced the availability of a software update that brings numerous enhancements to the Nokia Lumia 900 in the United States and Canada. Many of the enhancements released today are a result of feedback we’ve received on Twitter, Facebook or by leaving comments here on Conversations,” reads a post by Jason Harris on the Nokia Conversations blog.

Lumia 900 phones in Canada will be receiving flip-to-silence, camera as well as startup sequence performance improvements too. But that’s not all. Handsets in this region are expected to be rid of the purple hue witnessed in certain devices when used in poorly lit conditions. Furthermore, the proximity sensor should become even more efficient after the update.

The Nokia Lumia 900 software updates have already been rolled out in the US and Canada.