The Finnish giant’s phablet now has a name, Nokia Lumia 825, but it doesn’t have the high end specifications we’ve been previously speculating. The details divulged by latest leak suggest that the smartphone will fall in the mid-range segment rather than being flagship class material. Also, the phone’s display will be smaller than that of the Note 2 and slightly larger than most flagships today.

The Lumia 625 is currently the largest member in the Lumia lineup at 4.7 inches wide. The Nokia Lumia 825 on the other hand, will have a 5.2-inch screen. We’re not sure on what type of panel this will be (LCD or AMOLED), but it will most likely come with a 720p resolution and the usual enhancements such as ClearBlack, sunlight readability and super sensitive touch. Previous rumors suggested the existence of a quad core Qualcomm Snapdragon 800 processor, but according to the latest tidbit, the Snapdragon 400 CPU clocked at 1.2GHz will be in charge. The AP will sport four A7 modules and an Adreno 305 GPU. 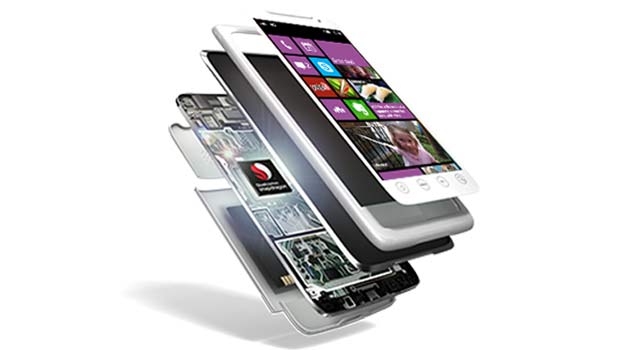 The hardware details listed above have been disclosed by Chinese website Dospy. In other news, Nokia has started to roll out the Amber update to its WP8 devices. The package includes the GDR2 release and various new features such as the Smart Camera app, Glance Screen, double-tap to wake and much more. Also, the Pro Camera tool is available to download for the 920, 925 and 928.

Needless to say, we’re quite disappointed with the recent leak on the Nokia Lumia 825, where certain specifications are concerned. On the bright side through, the Windows Phone 8 GDR3 update will indeed allow OEMs slap on 1080p displays, asserts BGR.