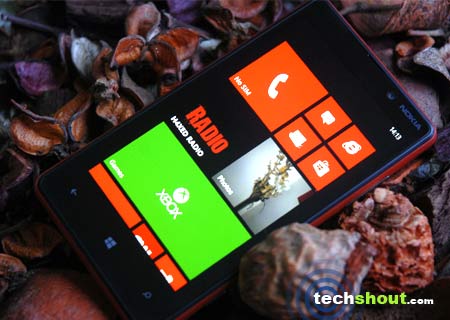 We’re reviewing the Nokia Lumia 820, a mid-ranged smartphone powered by the Windows Phone 8 platform that’s capable of delivering top of the line performance and features. The Finnish manufacturer has come a long way since the launch of its first generation handsets running on Microsoft’s mobile OS. The new lineup takes on a fresh design approach with the addition of latest technologies and it retains the stylish as well as eye-catchy hues that the forerunners brought to the front line. We’re eager to know more about the phone at hand and if you’re willing to as well, join in and experience this piece of hardware with us.

Nokia says that a lot of efforts have been put into crafting out the handset. Firstly, there’s the Nordic design philosophy in play here which promotes the inclusion of bold colors amongst others. The device is also eco-friendly as the company seems to have wiped of all traces of nickel from the phone’s surface. Apart from this, a host of components are crafted from recycled metals and also bio-plastics that are product of non-edible plants. While the environment has been kept well in consideration, the thickness and weight of the handset seems to have slipped through. 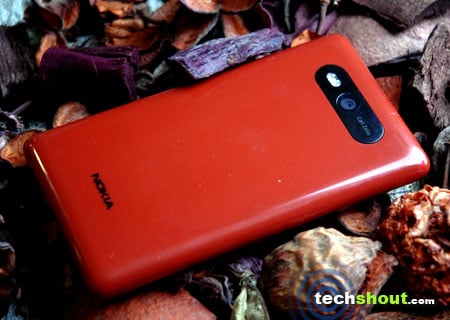 In spite of being a bit on the hefty side, the Lumia 820 still looks quite compact. Well, that’s probably because there’s not much clutter in the design unlike the BlackBerry Z10. At 9.9 mm thick, it’s slimmer than the 10.12mm HTC 8X and a millimeter wider than the latest BB10 handset. The rear shell has a very plastic-like feel. Just so you know, the company is also offering replacement covers that come in a wide range of colors and there are even ones with wireless charging integrated. While the loudspeaker and microUSB port are on the lower edge, the 3.55mm earphone jack is located on the upper edge.

The right side is where all hardware keys such as the volume controls, camera button and power switch, are situated. Pop open the hood and you’ll be greeted by a rather long battery. The top houses a 2-pin connector for NFC and the camera as well as dual LED flash lights, while a 4-pin connector sits on the bottom for wireless charging. The microSD and SIM card slots are only accessible once the battery is removed. The major downside of this creatively designed handset is that the overall form factor is a smudge magnet and the back panel along with the lens covering is prone to scratches. 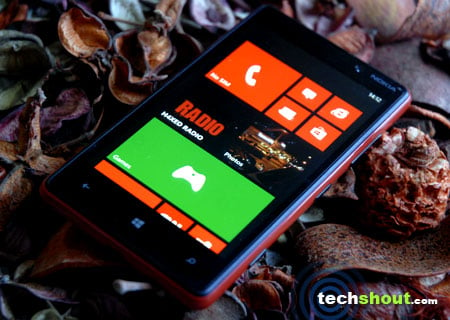 Let’s start from scratch, the 820 takes approximately half a minute to start up. We’ve said this before and we’re saying it again – Navigating through the Windows Phone UI is a buttery smooth experience on every device we’ve reviewed till date, even entry-level ones. The majority of credit for this goes to the platform as it designed for a specific set of hardware. Compared to HTC, Nokia has certainly done a lot more with its WP8 handsets. You get a rich set of features such as PhotoBeamer, Nokia Music, City Lens, Cinemagraph, Panorama and a lot more in the Lumia exclusive section that are exclusive to phones from the Finnish maker. 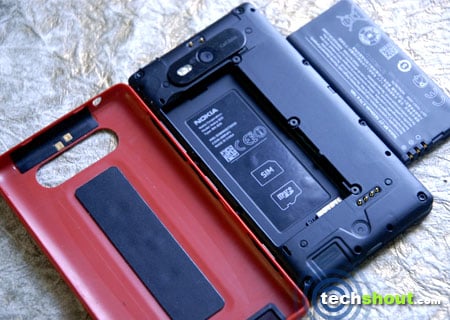 Coming to entertainment, the audio quality is great out of the box with the supplied earphones and the loudspeaker is decent as well, with clear output and not much distortion in sound. If you’re migrating from the previous generation OS, you can say goodbye to Zune as the latest version comes preloaded with MTP support which permits access to files without the need for any sync software. One thing WP8 smartphones are missing out on is HDMI support or even MHL compatibility. As is with most Nokia devices, the in-call audio quality here is remarkable.

Where numbers matter, the phone scored 236.19 points in the WP Bench speed test, while AnTuTu Benchmark rendered 11490 points. Compared to the competition, these scores are rock solid against the high-end 8X smartphone which achieved 231.86 and 12249, respectively. The device in question also put up a tough fight in SunSpider 0.9.1 JavaScript benchmark by acquiring a pretty impressive 913.1ms against the Taiwanese company’s WP8 flagship that managed to secure 908.1ms. 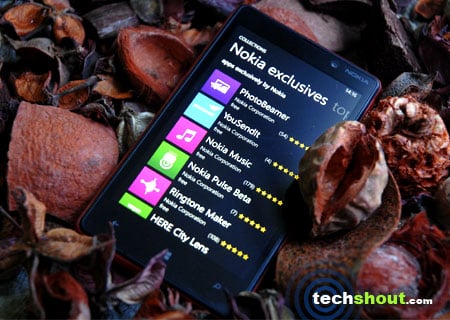 Let’s get one thing straight here – The Lumia 820 doesn’t have Corning Gorilla Glass protection. But that doesn’t mean it isn’t scratch resistant as a similar covering is placed over the screen. And as you know, the phone proffers an 800 x 480p panel. The lower resolution is in a way beneficial as most applications in the store (at the time of writing this review) aren’t optimized to make the most of HD displays. This should also enhance graphics rendering.

While the clarity is pretty good, high saturation has always been the outcome of AMOLED screens. Some love it and some hate it, but if you were to ask us, we’d rather opt for a panel that delivers more realistic colors like HTC’s S-LCD or Sony’s Reality display. What’s noteworthy is that the employed panel has good viewing angles with not much noticeable difference in shades when being viewed from the sides. 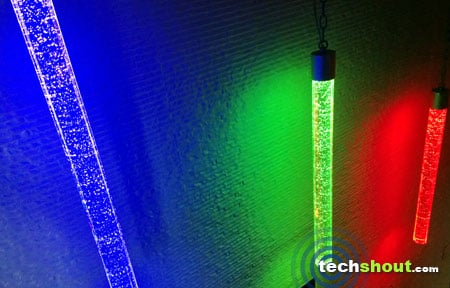 The snapper on the rear has an 8.7MP sensor and it’s backed by a Carl Zeiss Tessar lens, an f2.2 aperture and dual LED flash. The UI here is basically the same thing you’d find in other WP8 smartphones – Minimalistic and short of features. There are 2 ways of capturing an image. First is to tap the screen on the place you wish to focus following which, the picture will be saved. Or you can utilize the two-stage capture key on the side to first focus on an object by pressing the button down half way and then click the photo by pushing the key all the way. 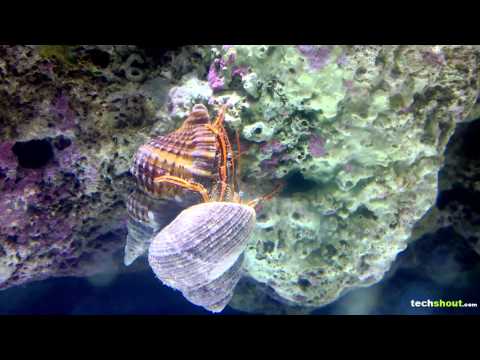 While there’s no mention of a BSI sensor onboard, the phone’s low-light capabilities managed to surprise us. The turnout was bright and detailed images. We even love the dual flash as it didn’t overpower pictures, but provided vivid and crisp renders. Under good light conditions, the camera will definitely please you, although it does struggle to focus on objects from time to time. Coming to video recording, the clips we captured at 1080p are visually stunning with clear details and bright colors. Nokia has truly done a marvelous job here. 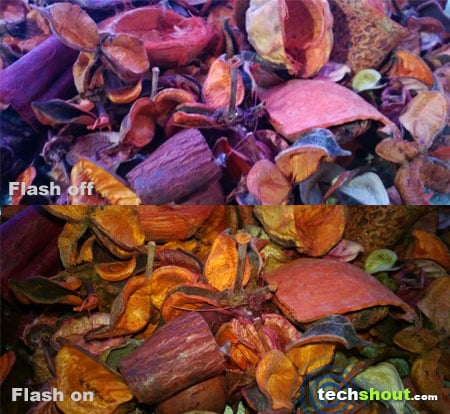 So far, we can assert that the Lumia 820 is definitely a performer. But with high computing needs, comes increased power consumption. Well, the device managed to put up a tough fight in this segment by delivering a little over 2 hours of activity in the CPU intensive WP Bench battery test. We also conducted our own analysis where we managed to derive up to 5 hours of mixed (intense and casual) gaming. In video playback, we managed to clock in less than 7 hours of YouTube streaming. Since there’s no dedicated app, the quality was quite low. The bottom line here is that like most smartphones, you can expect the device to have your back for an entire day or probably even more if moderately used.

It’s got the looks and enhanced features like wireless charging as well as exchangeable back shells which the competition currently lacks. Plus, you can even 3D print your own panels.

Combined with exclusive optics from Carl Zeiss, the 8.7MP camera can capture beautiful images in broad daylight and low-light conditions as well.

Sunlight readability enhancements make the display clearly visible in the bright outdoors and super-sensitive touch allows you to operate the touchscreen even with gloves on. Both features can be modified through the settings menu.

The display not only proffers saturated visuals, but is also a smudge magnet. And the rear panel attracts stains easily as well.

The camera is a little moody. Sometime it works well and quickly focuses on objects, while there are moments where it takes a little longer to carry out the mentioned task.

The camera covering and body get scratched easily and we even noticed that the paint fades away over time, leaving behind a rough patch.

The Nokia Lumia 820 has the potential to be flagship material and even give the competition a good run for its money. It has the looks and the hardware to be on top of the WP8 portfolio, albeit the low screen resolution as well as the mediocre build quality does disappoint. Well, it’s certainly one of the best mid-range devices available out there running on Microsoft’s mobile OS and it deserves an 8.7 out of 10 rating. What makes the phone an attractive pick for potential buyers in the US is that it’s available through major carriers like AT&T, T-Mobile (810) as well as Verizon (822) for free with a 2-year contract. Interested customers in India however, will have to shell out Rs. 23,969 for the unlocked model.