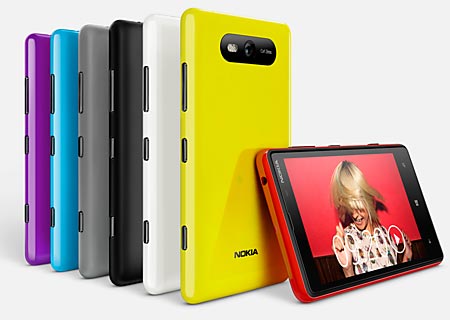 The Nokia Lumia 820 smartphone is the latest addition to the current Windows Phone 8 lineup which includes the Lumia 920 PureView and the Samsung Ativ S handsets. The device is dressed in a stylish unibody form factor fitted with various high-end components like a dual core processor and Carl Zeiss optics.

Featuring a compact form factor which measures 123.8mm x 68.5mm x 9.9mm in dimensions, the handset houses a 4.3-inch ClearBlack OLED WVGA display portraying a resolution of 800 x 480 pixels. The company has thrown in various enhancements that aim to make the touchscreen more visible under direct sunlight and have also incorporated Super Sensitive Touch which allows users to operate the device even with gloves on. 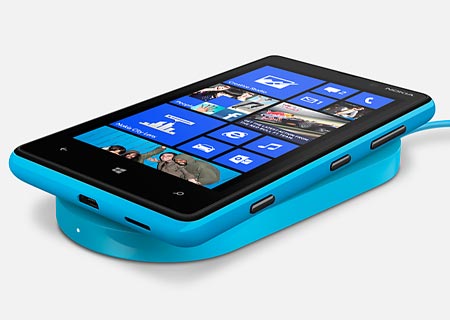 A 1.5GHz dual core Snapdragon S4 SOC takes charge here with assistance from 1GB of RAM to deliver a smooth WP8 experience on the Nokia Lumia 820. Memory needs are in the hands of the 8GB built-in storage and a microSD card slot that’s located just below the rear panel for expansion purposes. Users will also have 7GB of free SkyDrive storage. The rear is dominated by an 8MP AF camera with Carl Zeiss optics and dual LED flash.

Videos can be captured in 1080p FHD at 30fps through the rear lens, while the VGA front-facing snapper is more focused towards live face-to-face calling. A 1650mAh battery with support for Qi wireless charging, is employed here capable of delivering 8 hours of talktime on 3G, 55 hours of music listening or 5 hours of video playback. Along with a host of color options such as red, yellow, grey, cyan, purple, white and black, which match the ones sprayed on the Purity Pro headset, the device is dressed with an exchangeable shell design. 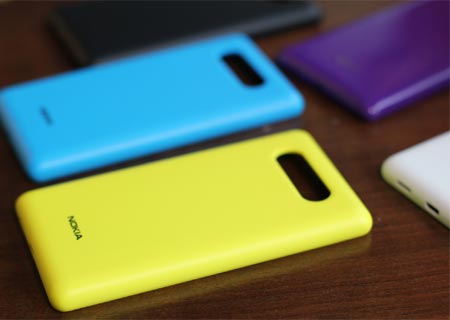 Currently, there aren’t any concrete details on the Nokia Lumia 820 price and release date. The company classifies this smartphone under the mid-range category and states that it’ll be available later in the year.