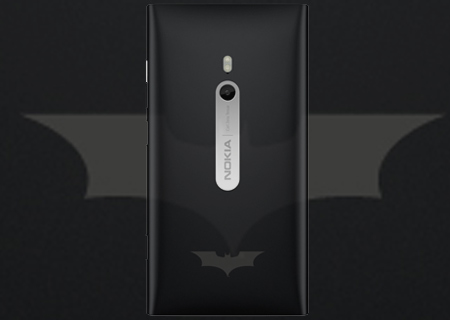 The Nokia Lumia 800 Batman edition India release date and price details have surfaced now that the device has been formally unveiled in the country. Tagging along with the 800 is the budget-friendly Lumia 610 smartphone that’s scheduled to make its debut tomorrow.

Classified as a ‘collector’s item,’ the handset is no different from its standard edition, leaving out the laser-etched Batman logo affixed to the Dark Knight Rises one. Accompanying the device is an exclusive DKR application which packs in trailers, movie info as well as ringtones, and a host of goodies including bags, caps and projector pens. What’s more, according to the company, the special edition Lumia 800 comes in a limited stock of just 200 units.

Vipul Mehrotra, Director-Smart Devices, Nokia India, commented, “A truly global initiative, the Nokia Lumia Dark Knight Rises campaign is an exciting new initiative for our Lumia consumers, that will recreate the movie’s unique experience, right on the consumer’s devices. The initiative will be supported by a full 360 degree marketing campaign.” 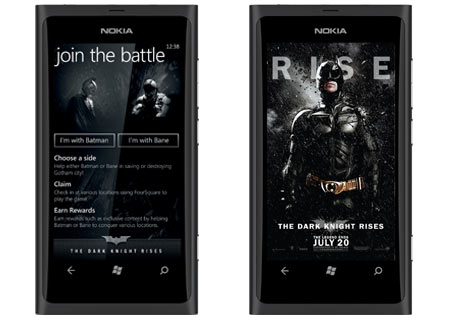 A quick refresher on the specifications – the Lumia 800 incorporates a 3.7-inch curved glass AMOLED ClearBlack touchscreen proffering resolutions of 480 x 800 pixels. A 1.4GHz Qualcomm Snapdragon processor is employed along with 512MB of RAM for doing all the heavy lifting. And apart from the 16GB of built-in storage capacity, there’s an 8MP AF camera featuring Carl Zeiss optics, dual LED flash and HD video capture, on the device’s rear.

The Nokia Lumia 800 Batman edition India price and release date details suggest that the smartphone will be available for Rs. 24,999 starting mid-July.