After much teasing, Microsoft has finally embraced the selfie craze through the Nokia Lumia 730 and 735 smartphones. Both handsets are one and the same with the former being targeted at global markets carrying dual SIM slots, while the latter will hit specific locations featuring integrated 4G LTE connectivity.

To provide the Nokia Lumia 730 and its LTE sibling its selfie powers, Microsoft has thrown in a 5MP camera on the front. We’re not sure how well the handset will be able to sell when the competition has slightly better offering like 8MP shooters and front-facing LED flash lights. 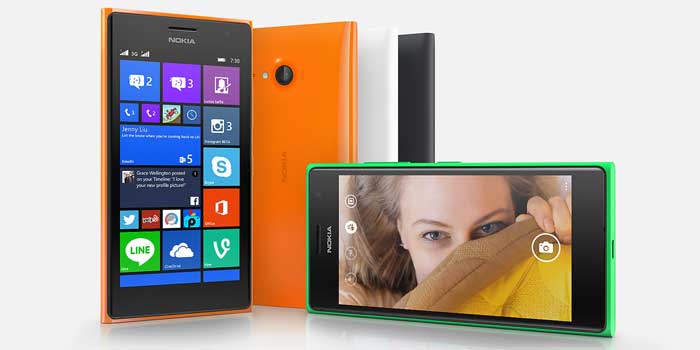 The rear camera is a 6.7MP one and both can shoot videos in FHD. The phone is a decent upgrade over its predecessor, the Lumia 720. It features a larger display of 4.7 inches and with 720p HD resolution. The processing power has also been beefed up through the inclusion of a 1.2GHz quad core Snapdragon 400 chipset.

Accompanying the CPU is 1GB of RAM, 8GB of flash storage and a microSD card slot that’s compatible with 128GB of memory. A 2220mAh battery is also onboard and supports wireless charging, but only on the LTE model. Like the Lumia 830, the Lumia 730 and 735 also have the Lumia Denim update out of the box.

The Nokia Lumia 730 dual SIM will be available for €199, while the Lumia 735 LTE model will cost €219. Both phones will start shipping this month itself.