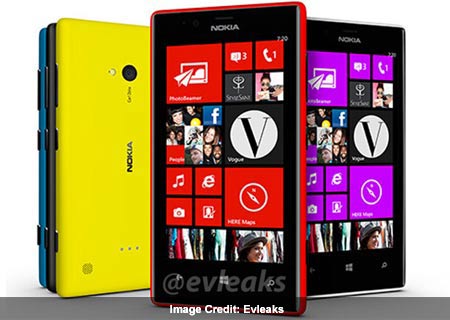 Press shots of the Nokia Lumia 720 and the 520 have been leaked and the previously rumored Windows Phone 8 handsets, it is said, will debut at the MWC next week. We initially heard of the devices when they showed up on Indonesian certification body Postel, which has been a fairly reliable source as the 610 was also first spied on the database.

The leak labels the device pictured above, the Lumia 720, but doesn’t confirm anything new in terms of specs, except for the fact that the handset in the picture is running on the Windows Phone 8 platform. From what we know already, it is supposed to have a 4.3-inch display (the same as the 820), in addition to drawing its processing power from a 1GHz dual core chip and 512MB of RAM. There will also be 8GB of internal memory, storage that can be expanded via a microSD card slot.

The 520 on the other hand is expected to be the lowest in the line and previous rumors say it should have a 4-inch display. This seems odd since the 620 has just a 3.8-inch screen. Anyway, other speculated guts of the machine (pictured below) include a 5MP camera to go along with a dual core processor running at 1GHz and 512MB of RAM. Finally, there should be a 4GB ROM to satisfy users’ hoarding needs. 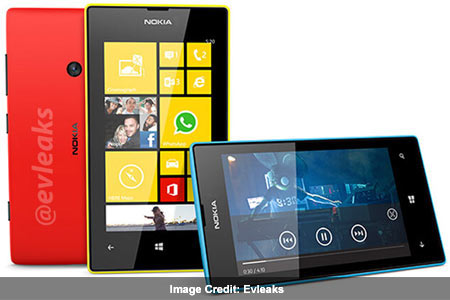 Earlier in the week, possibly Verizon versions of the phones were given away by a tweet from Alan Mendelevich. They came with news of two yet unidentified handsets but nothing was known about them and we didn’t have any images to go by. Now Twitter busybody Evleaks has done the needful and given us a peek at them.

And The Verge speculates that when made official, the two gadgets will be positioned directly above and below the 620 in the Finnish manufacturer’s series. This, the website says, will provide the company a Windows Phone 8 device in every conceivable price and feature bracket.

Now that we have press shots of the Nokia Lumia 720 and 520, all that’s left is an official unveiling, hopefully at the MWC which is scheduled to begin in a few days.