With the Nokia Lumia 638, Microsoft has delivered two key features under a single roof – Dual SIM card slots and 4G LTE. Usually, you’d find separate variants for each of these attributes like the Lumia 630 that supports two SIMs and the 635 that’s an LTE-specific model.

The Nokia Lumia 638 has gone official in China and it could be an exclusive for China Mobile. NokiaWPBlog spotted the handset being offered on pre-order and notes that it will come with the same features found on the Lumia 630. However, there is a slight modification in the specs. While the latter device has 512MB of RAM, this one comes with double the system memory with 1GB. The same 1.2GHz quad-core Snapdragon 400 SOC powers the phone up and it also sports Windows Phone 8.1 out of the box. 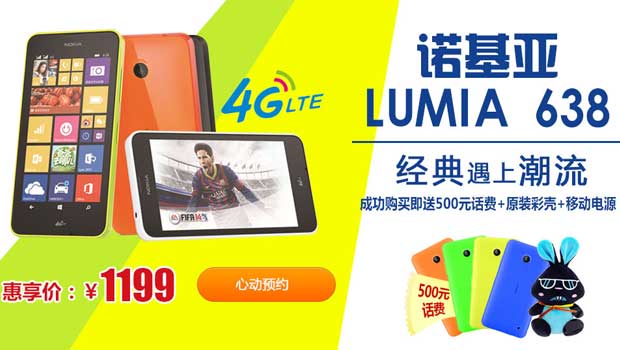 Design-wise, the phone is no different from its international counterparts. There’s a 4.5-inch FWVGA IPS panel with Gorilla Glass 3 on the front and a 5MP camera on the rear. For storage, the device will offer 8GB of flash memory and a microSD card slot that supports up to 32GB. Apart from these, there’s also Wi-Fi 802.11 b/g/n and Bluetooth 4.0 radios as well as a 1830mAh battery. Check out the video below for a hands-on preview of the Lumia 630 and 635. 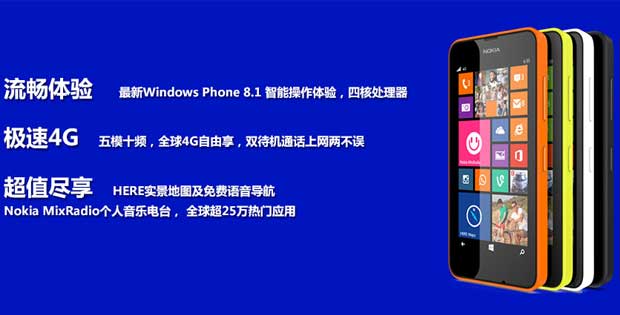 The Nokia Lumia 638 is priced at 1,129 yuan which amounts to around US$180 and it’s up for pre-order in multiple shades.