The Nokia Lumia 638 by Microsoft which is known for the distinction of being the cheapest Windows Phone 8.1 handset currently to offer 4G LTE support, has made its way into India today. This device will be sold here at Rs 8299 through the newly launched Microsoft Brand Store on Amazon India, and is available for pre-order now.

The Nokia Lumia 638 was first launched in China in June this year, but has finally managed to enter the Indian market now. In the country, it is being sold with Cat. 4 LTE support for bands 3, 7, 38, 39, 40 and 41, but other components of this smartphone remain unchanged from those of the Chinese version. 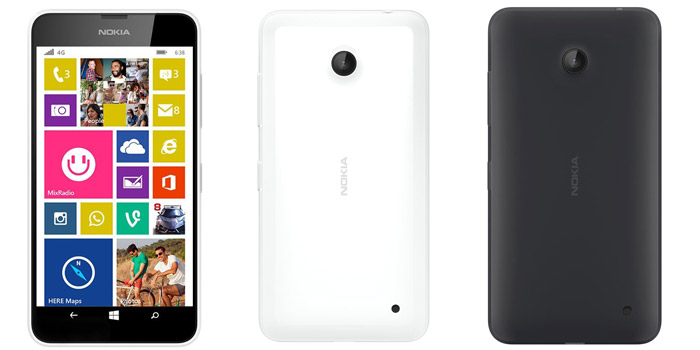 The Lumia 638 will furnish you with a 4.5-inch FWVGA display that’s covered with Gorilla Glass 3. It runs on a 1.2GHz quad core Qualcomm Snapdragon 400 processor which is backed by 1GB worth of RAM. While its rear surface houses a 5MP camera, there’s no front-facing snapper present on it.

Microsoft has announced that this phone will come with an Airtel 4G offer which can only be taken advantage of by postpaid customers in Bengaluru. These folks will receive up to 5GB worth of free 4G data for 2 months after activation.

Here’s a quick glance at the specs of the Nokia Lumia 638:

The Nokia Lumia 638 can be pre-ordered through Amazon right now in white and black color options. It is expected to be released in a couple of days.