Nokia’s latest affordable smartphone has touched down in India and the company will offer the Lumia 630 in both, single and dual SIM flavors. The device is priced at Rs 10,500 and Rs 11,500, respectively, and it comes in multiple color options of black, white, green, orange and yellow.

The Lumia 630 went official last month along with the Lumia 930 flagship from Nokia. The smartphone also has a 4G variant, but that isn’t going to be available in India, at least not anytime soon. Also, the handset is amongst the first in the WP8 series to have on-screen buttons instead of capacitive touch ones, and a quad core Snapdragon 400 SOC. The chipset is clocked at 1.2GHz, but the RAM isn’t what you’d expect at just 512MB. 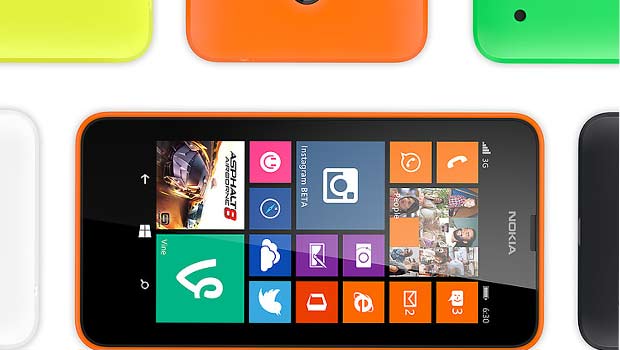 Being an entry-level device, the phone offers a 4.5-inch IPS LCD display with FWVGA resolution and it sports a coating of Gorilla Glass 3 from Corning. Where storage is concerned, the Lumia 630 has 8GB of internal memory and up to 128GB via a microSD card. You also get 7GB of free cloud storage. A 5MP camera can be found on the rear, but there’s no snapper on the front of the smartphone.

The Nokia Lumia 630 single and dual SIM models will go on sale starting Wednesday, May 14, throughout India. The company is offering various freebies such as 1GB of data on Vodafone for 2 months, eBooks from Flipkart and more.