We now have two new budget-focused Windows Phone devices in the form of the Nokia Lumia 630 and Lumia 635, and the best part about them is that they run the latest version of the said OS developed by Microsoft. The big difference between the two is that while the 635 features access to LTE networks, the 630 is 3G-only but kicks in dual SIM card slots.

They will both be made available in five different color options, and will moreover also feature changeable shells. As had been leaked, these devices have been blessed with on-screen navigation keys. Another highlight of the Nokia Lumia 630 and Lumia 635 is their SensorCore technology meant for fitness freaks to have access to stuff like steps taken, calories burned and more. 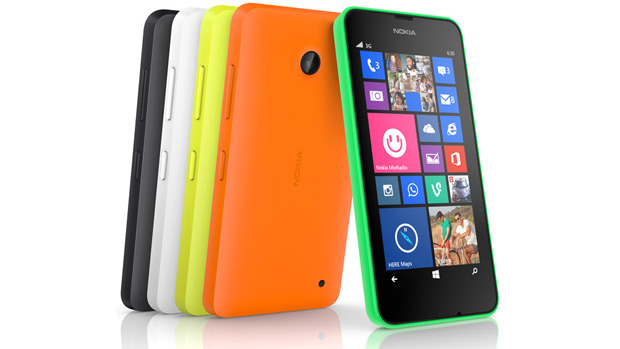 The handsets feature a 4.5-inch FWVGA display and run the 1.2GHz quad core Qualcomm Snapdragon 400 processor. They kick in a 5MP camera on their rear surfaces, but there is no front snapper for their users to click selfies or conduct video chats with. 512 MB worth of RAM, 8GB of internal storage and 128GB of expandability also find their way onto these budget smartphones.

Asia, Russia, China, India and Europe will be getting the Nokia Lumia 630 in May, with its price set at $159 (single SIM) and $169 (dual SIM). The Lumia 635 on the other hand will be hitting US and other LTE-friendly nations in July, priced at $189. Along with these devices, the company has also launched its latest flagship, the Lumia 930.

Here’s a neat look at their specs: