Nokia Lumia 625 will have a 4.7” screen, entry-level specs, budget price 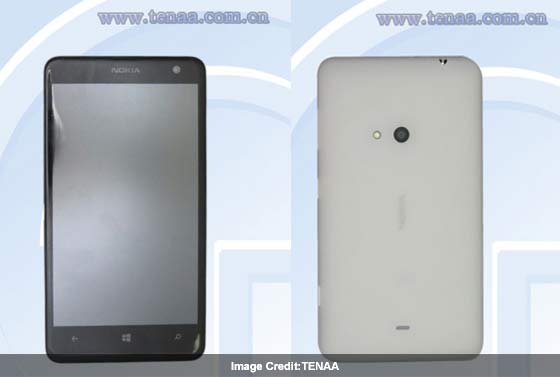 We’ve seen a lot of leaked handsets go official recently and hopefully, the Nokia Lumia 625 will be amongst the list to make it to the production line. Nokia recently launched its new flagship PureView smartphone which has brought the entire imaging package found on the 808 into the Lumia series.

Well, it’s clearly evident that the Finnish manufacturer isn’t done launching handsets for the year. The Nokia Lumia 625, as most might have guessed by now, will be a close relative to the 620. Well, there are slight differences in its design, especially with regards to the touchscreen. The device recently received certification in China by TENAA. Engadget reports citing Liveside, that the handset will feature a 4.7-inch display which will be the largest in the company’s portfolio and amongst devices running Windows Phone 8.

While the 920, 1020 and 925 which have slightly smaller panels proffer HD visuals, the display on the Nokia Lumia 625 will have WVGA resolution like the large Titan series from HTC. Also, the panel will feature the super sensitive touch technology. The report notes that the Nokia Lumia 625 looks to be the RM-941 which has received certification from the FCC last month. Where specifications are concerned, the phone should house a 1.2GHz dual core S4 processor, 512MB of RAM, a 2000mAh battery and support for LTE, GSM as well as HSPA networks.

Based on the report, the Lumia 625 is apparently scheduled to go live in China by the end of this month. The Windows Phone 8 smartphone will carry a budget-friendly price tag which is expected to be CNY 1,999 or $325 in the US.