Nokia Lumia 625 now has a price, official launch shouldn’t be far off

As expected, a price for the Nokia Lumia 625 has appeared through multiple online retailers, albeit not officially. Well, these sellers usually offer devices at discounted rates that are mostly under Rs 1,000 and not likely above Rs 3,000. The device in question is yet at pre-order status, while the 925 has been listed ‘in stock’ through various outlets and even the company’s own online store.

The Nokia Lumia 625 is also up for pre-order in the UK with deliveries expected to commence on August 26. Additionally, we’ve spotted the device in the US through Negri Electronics where it can be purchased for $342.50. As you’re probably aware, the Lumia 625 is the largest member in the company’s lineup. However, Nokia is reportedly planning an even bigger smartphone for the coming months. The device is dubbed Lumia 825 and it will cater to the mid-range segment with decent specs like a quad core Snapdragon 400 SOC and a 5.2-inch HD display amongst others. 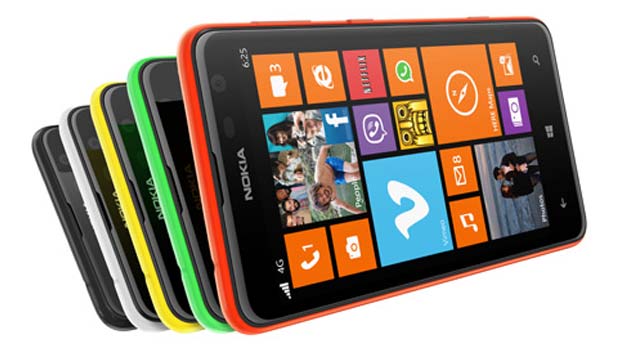 The Lumia 625 on the other hand, has a 4.7-inch touchscreen, a dual core 1.2GHz Snapdragon S4 processor and 512MB of RAM. Apart from these, there’s 8GB of storage, a 5MP AF camera and a 2000mAh battery. The smartphone is also scheduled to receive the Amber update or it might just go on sale with the upgraded OS preloaded. However, it won’t feature a couple of enhancements like Glance screen and Pro Camera as they’re limited to certain phones only. No reason for this has been provided.

The Nokia Lumia 625 is available for pre-order at Rs 19,499 through Flipkart, Snapdeal, Saholic and HomeShop18. While the price is likely to stick, there’s no concrete information on a release date. The end of August, however, is when the phone should get launched along with the 925 and 1020.