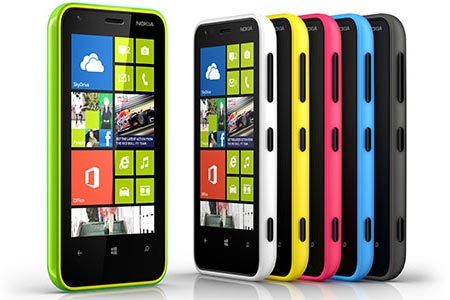 The price for the Nokia Lumia 620 has come out along with the phone’s official announcement and unveiling. Running on Windows Phone 8 just like the 920 and the 820, it is the most affordable in the range and is intended to offer an aspect of fun in a compact design, the Finnish OEM says.

Leading the way in its youthful appeal is a new technique incorporated called the ‘dual shot.’ Basically a second color, in a translucent or transparent layer, is infused on top of the existing base layer. This adds depth and gives secondary color effects. What’s more Nokia is offering 7 exchangeable shells which can be switched to match users’ style, in colors ranging from lime green to magenta, orange to cyan, and the standard white and black. 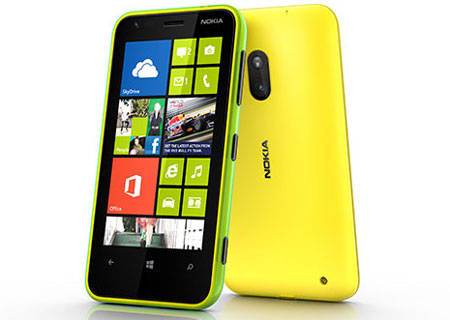 Coming to specifications, the Lumia 620 features a 3.8-inch TFT WVGA ClearBlack display with a resolution of 800 x 480 pixels. It houses 512MB of RAM, and with 8GB of internal memory at hand, matches up to many high-end smartphones. In addition, storage space is expandable all the way up to 64GB via a microSD card.

The handset even keeps pace with its chunkier siblings in terms of image and video capture. On the back panel is a 5MP camera with auto focus and LED flash attributes, capable of recording HD video at 720p resolution and at 30 frames per second. The front panel on the other hand, makes place for a VGA webcam.

Not only that, with NFC connectivity included in its repertoire, the device can be paired up with Bluetooth speakers. The technology can also be used to share photos and multimedia files and to play multiplayer games. And speaking of multiplayer games, the Windows Phone 8 device packs a dual core Qualcomm Snapdragon S4 processor which runs at 1GHz. Furthermore, the phone is compliant with 802.11 a/b/g/n WLAN, Bluetooth 3.0 and A-GPS with GLONASS.

The smartphone comes with City Lens which overlays information about shops, restaurants and other things when these are seen through the phone’s camera display. Various other apps such as Nokia Maps are also available, while the start screen can be brightened up with adjustable live tiles. A 1300mAh battery keeps the phone going for up to 330 hours (claimed) in standby mode and 7GB of online SkyDrive storage makes accessing content more convenient. 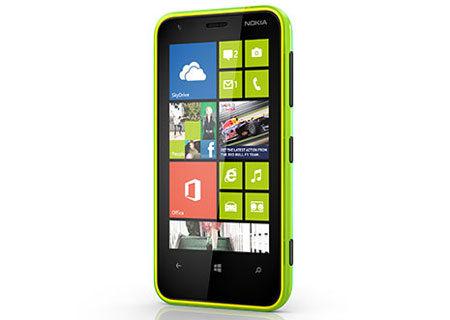 The Nokia Lumia 620 will be made available in January 2013 starting in Asia. This will be followed by launches in Europe and the Middle East, expanding later to other parts of the globe. It will sell for a cost of $249 – not including taxes – while the roll-out of the colored shells may differ depending on region.