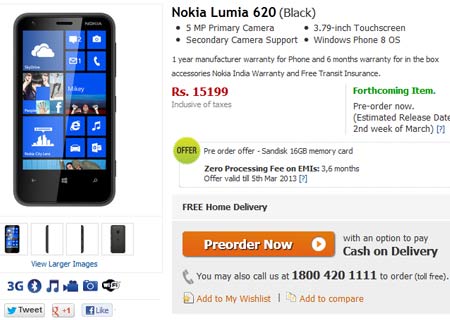 The Nokia Lumia 620 release date in India seems to be nearing and the handset is now up for pre-order, reassuring potential buyers that the device’s official launch isn’t far off. The smartphone is currently the second most affordable device from the Finnish manufacturer after the recently announced 520 made an appearance at the MWC expo.

The Lumia 620 is the third addition to the company’s Windows Phone 8 lineup. While the PureView enabled 920 and the mid-range 820 have already gone on sale in the country, the device in question has an impending arrival. Well, we knew it was going to make its debut in India from a long time now as the official website hoisted a coming soon flag over the phone. 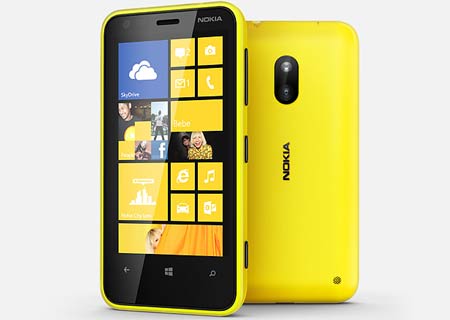 The company’s India Twitter further confirmed its arrival stating “Which is Nokia’s most affordable WP8 smartphone? Hint: It’s coming soon!” We know for a fact that they’re not talking about the 520 which is scheduled to hit availability status in the UK next month. Coming to the hardware, the device packs in a nearly 4-inch WVGA LCD touchscreen and a VGA front facing camera.

Within dimensions of 61.1mm x115.4mm x11mm, the company has thrown in a dual core Snapdragon S4 CPU with dual Krait cores and a 1GHz clock speed. 512MB of RAM assists the processor in multitasking, while memory requirements are left in the hands of 8GB ROM and a microSD expansion slot that can accommodate up to 64GB. The rear is donned with a 5MP snapper for HD video recording and image capture. Lastly, a 1300mAh battery gets things up and running. 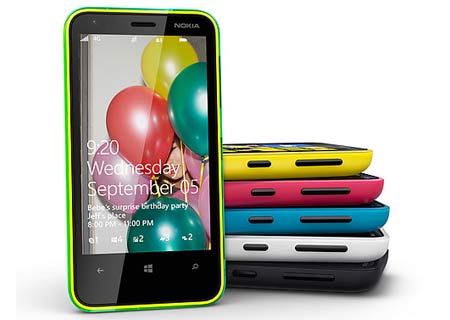 The official price for the Nokia Lumia 620 is still in hiding and the aforesaid ‘second week of March’ launch is based on a listing from Flipkart which has pegged the handset at Rs. 15,199. The Finnish OEM could unleash its affordable smartphone anytime next week and when they do, we’ve keep our readers informed. 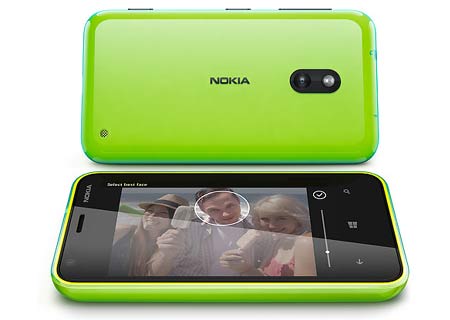 Here’s a quick look at the handset’s specifications: