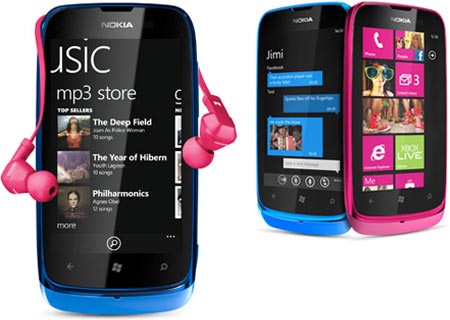 A certain Finnish company’s Windows Phone saga continues with the Nokia Lumia 610 which was exhibited at where else, but the MWC 2012 in Barcelona. Chipped out to be the most affordable Lumia to date, this fourth smartphone in the series is targeted at younger audiences.

A 5MP camera on the back panel serves as the primary sensor and it’s supported by auto-focus as well as LED flash. Additionally, the new Lumia handset runs on a 1,300mAh battery which should deliver about 10.5 hours of talktime on GSM and 9.5 hours of the same on WCDMA. Weighing in at 131.5g, the smartphone displays an 11.9mm profile.

Since we’re talking about a Windows Phone device here, it goes without saying that users can look forward to conveniently accessing Live Tiles as well as Xbox Live. The People Hub in particular, is designed to put contacts and related information in one place and there’s an easy way to avail of Facebook, LinkedIn and Twitter feeds too. Let’s not forget a load of apps like Nokia Reading, Nokia Maps, Nokia Drive and Nokia Music with MixRadio which are part of the package. 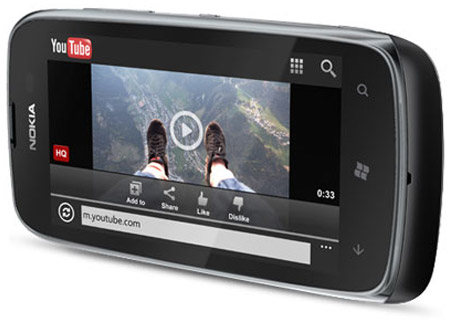 Apart from announcing the Nokia Lumia 610, the company has even noted that the DC-HSPA version of the Nokia Lumia 900 which released as an LTE phone, will soon be made available across the globe. The former will burn a €189-sized hole in the wallet.