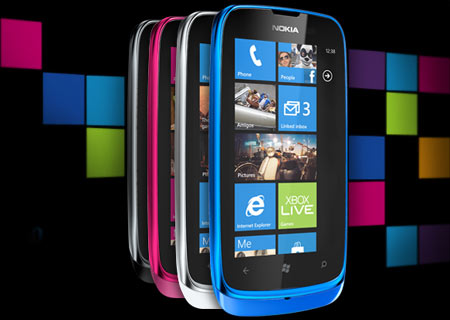 The ‘most affordable Windows Phone’ till date, the Nokia Lumia 610, has finally started rolling out. The handset is soon to hit store shelves starting with the Philippines first in line, followed by various other countries in Asia.

For refresher’s sake, the budget-friendly WP7 handset wraps in a number of features. Fitted within dimensions of 19mm x 62mm x 12mm are components such as 8GB of hoarding capacity, 256MB of RAM, a WVGA LCD display that stretches up to 3.7 inches with a resolution of 800 x 480 pixels, and an 800MHz Qualcomm Snapdragon S1 SOC. A much recent variant of the device was spotted tagging along NFC support as well.

“The Nokia Lumia 610 will introduce Windows Phone to a new generation of smartphone users, offering something very different to the monochromatic smartphones filling shelves today. PeopleHub, Nokia services and quality apps – coupled with a fast and friendly interface – will make for a great smartphone experience at a great price,” expressed Jo Harlow, Head of Smart Devices at Nokia. 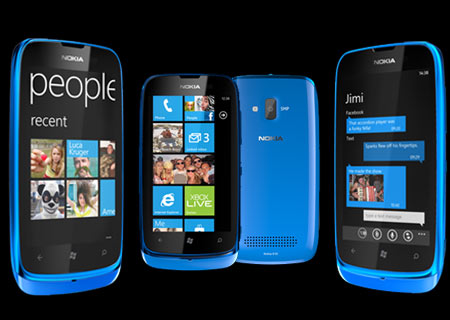 Aimed towards the younger audience, the handset is expected to come equipped with the Nokia Maps, Drive, Transport and Music applications on-board. Furthermore, users will also have access to a wide catalog of free and paid apps that are hosted on the Windows Phone Marketplace. The device is said to arrive drenched in hues of black, cyan, magenta and white.

The Nokia Lumia 610 price sums up to €189. As we’ve already pointed out, the smartphone will be available in the Philippines by the end of April. And it’s expected to roll out in China, Hong Kong, Indonesia, Malaysia, Singapore, Taiwan and Vietnam in the following weeks.