Nokia Lumia 530 shows up in images

We’ve got the clearest look at the Nokia Lumia 530 smartphone as images of the device in the wild have been leaked online. The handset has been in the rumor mill numerous times now and we’re seeing it more regularly from the past week. Could this mean that its launch is closing in?

The pictures were recently uploaded by WMPoweruser and they show both front and rear panels of the Nokia Lumia 530. Also, it looks like the leaked image from back in May is authentic. The smartphone appear to be rather bulky, but that could be because of the angles used to click the pictures. 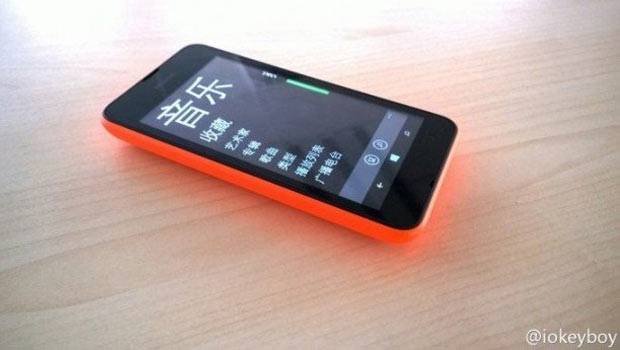 As you can see, the device is dressed in bright orange and has a very minimalistic appearance. What’s interesting is that there’s no Nokia by Microsoft branding visible on the rear, which was said to arrive on future Lumia phones. The handset will follow the new trend of having on-screen virtual keys and it looks to be a pretty basic one considering that there’s no flash on the rear.

Where specs are concerned, we know so far that the phone could arrive with a 4.3-inch display, dual cameras, 1GB of RAM, a Snapdragon 200 processor and Windows Phone 8.1. Multiple versions of the device have been spotted with model numbers RM-1027, RM-1020 and RM-1018, the last two being the dual and singe SIM versions, respectively. 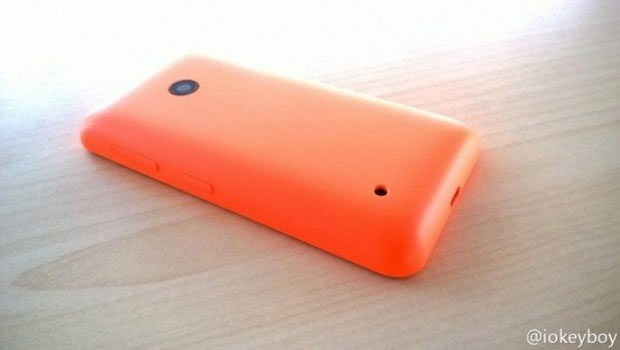 The Nokia Lumia 530 isn’t going to be a huge upgrade over its predecessor, but it could land up being the most affordable WP8.1 device. The handset is reportedly headed to T-Mobile in the US.