Nokia Lumia 530 is now available for just around $97, but only in China

Microsoft is all set to reclaim the entry-level market with its super affordable Nokia Lumia 530 smartphone which has finally gone on sale in China with numerous other markets destined for the near future. The most interesting part is that the handset costs just 599 Yuan which is around US$97.

At the said price, the Nokia Lumia 530 has taken its place as the most affordable WP8.1 handset. But we doubt it’ll hold the title for long as multiple Chinese OEMs are also planning to offer similar devices with sub-$100 price tags. Being powered by the latest OS, the phone will offer a localized version of the personal assistant Cortana that’s called Xiao Na, notes Engadget China. 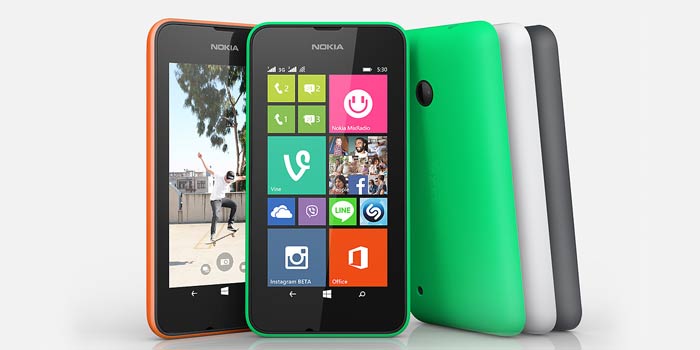 Microsoft has also given the software a new look along with numerous enhancements for the Chinese markets. The Lumia 530 is the successor to the highly popular 520 model that won the hearts of many. It features a faster processor and other improvements in a very familiar design which arrives in multiple color options.

The phone dons a 4-inch FWVA display and a 5MP camera on the rear. There’s no front snapper and the primary lens doesn’t get an LED flash as well, but these are exclusions are acceptable considering the price. Where memory is concerned, Microsoft has gone with 512MB of RAM and 4GB of flash storage, while the microSD card slot offers expandability of up to 128GB.

Here’s a roundup of the Nokia Lumia 530 specs:

The Nokia Lumia 530 comes in a dual SIM model as well, and it should reach India soon for under Rs 8000, while T-Mobile is said to offer it in the US.