After numerous rumors and leaks, Microsoft’s latest super-affordable WP8.1 smartphone, the Nokia Lumia 530, has been officially unveiled by the company. The handset is quite similar to the Lumia 630 where hardware is concerned and offers the latest enhancements for under €100.

The Nokia Lumia 530 is the successor to the Lumia 520 which is considered to be the most popular WP8 handset till date. The phone continues to offer a 4-inch display and since it’s an entry-level option, visuals come in FWVGA resolution. Delivering the steam here is a 1.2GHz quad core Snapdragon 200 processor with Adreno 305 graphics. 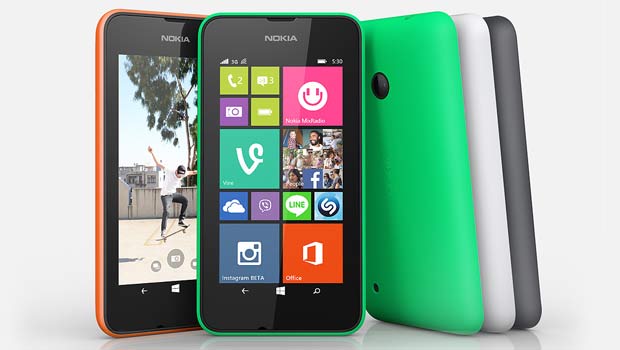 Based on this, it’s safe to say that there won’t be 4G LTE support onboard, but HSPA+ 21Mbps is available. Unlike its Lumia 525 predecessor, only 512MB of RAM is provided and storage is in the hands of 4GB flash memory as well as a microSD card slot which supports up to 128GB.

With WP8.1 onboard, users will have access to various features such as Action Center, Word Flow, customizable Start screen backgrounds and even Cortana (in certain location). Additionally, Microsoft has also revealed the Bang portable speaker that’s half the size of the handset in question with up to 8 hours of battery, and priced at just €19. 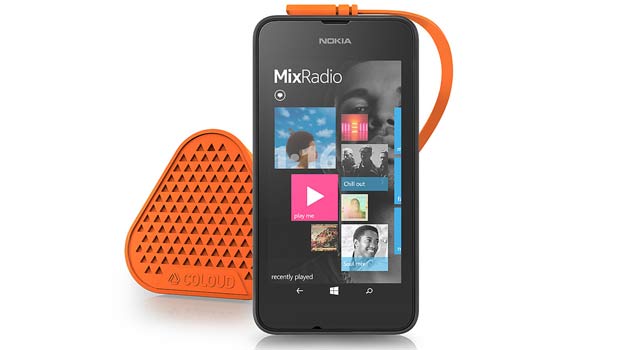 The Nokia Lumia 530 will be launched in select markets starting next month. The phone will be offered in single and dual SIM models and will be available globally. In the US, the device is expected to go on sale via T-Mobile.