The much awaited Nokia Lumia 530 smartphone has been unleashed in India and it carries a very attractive price tag of just Rs 7199. This obviously makes it the most affordable WP8.1 handset in the country and you can own it right away in colors of green, dark grey, white and orange.

The Nokia Lumia 530 was originally launched at under €100 and it went on sale in China a week back for just under Rs 6000. Its arrival in India was imminent and retailers had already started accepting pre-bookings. However, none of them have the device in stock as yet, expect for the company’s official online store. 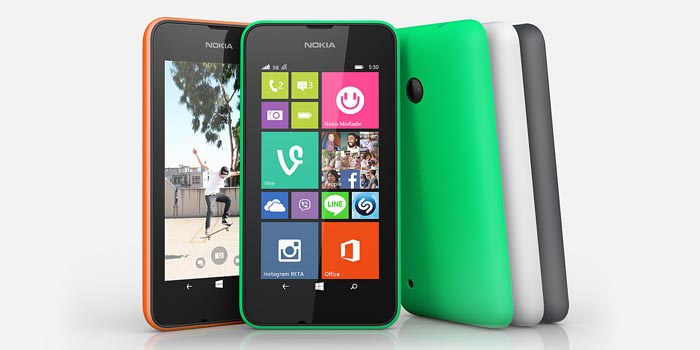 If you aren’t aware, the handset is the successor to the hugely popular Lumia 520. It offers the same minimalistic and clean design as well as retains the 4-inch display, but with FWVGA resolution. The handset also has the same 512MB RAM, but the storage has been dropped to 4GB from 8GB.

What’s changed is that the processor is now a quad core Snapdragon 200 and the microSD card slot can support up to 128GB. The phone also packs a 5MP rear camera, dual SIM slots and a 1430mAh battery which can deliver up to 10 hours of 3G talk time or around 22 days of standby.

At Rs 7199, the Nokia Lumia 530 is aptly priced for the smartphone market in India and online retailers are sure to sell it a bit cheaper too. You can purchase the handset via this link.