The Nokia Lumia 520 release date window has been revealed and the device is slated to come to regions like Vietnam and Hong Kong, followed by select countries in Asia, Europe, North America and Africa, with a price tag that reads €139. Also, it has been announced that carriers like T-Mobile and China Mobile will be selling the handset in the US and China, respectively.

Not long ago, the device had posed for the cameras along with the 720 variant which has also gone official at the MWC. The handset in question runs the Windows Phone 8 platform and is compatible with 3G as well as EDGE mobile networks. It can download at a speed of 21Mbps in the HSPA+ mode. Besides this, it features Wi-Fi IEEE 802.11 b/g/n for internet access through an open hotspot and Bluetooth 3.0 for pairing up compatible gadgets. 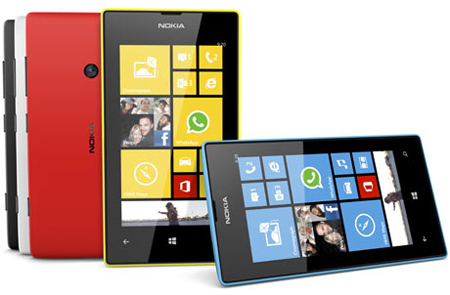 The GPS-enabled device sports a USB 2.0 port as well as a 3.5mm audio jack for connectivity purposes. Apart from these, it is embedded with an expansion slot for a microSD card to increase its internal storage of 8GB by up to 64GB. The smartphone ships with 512MB of RAM and even tags along 7GB of SkyDrive storage, free of charge.

It will be made available in multiple colors such as black, white, red, yellow and cyan. This stylish device’s front panel is graced by a 4-inch IPS LCD WVGA touchscreen which employs a 2D hardened glass. The sensitive display delivers visuals in 800 x 480p resolution. Moreover, the compact handset measuring 119.9 x 64 x 9.9 millimeters hides a 1GHz dual core processor under the hood for ensuring efficient multitasking.

The lightweight Microsoft-certified smartphone incorporates an MP3 player and a digital microphone too. The rear side is dominated by a 5MP auto focus camera with the ability to record 720p HD videos at the rate of 30 frames per second. And its 1430mAh battery coughs up the juice for talk time of close to 9.6 hours in 3G and standby time of approximately 360 hours.

The Nokia Lumia 520 will be released in select markets in the first quarter of 2013 itself. 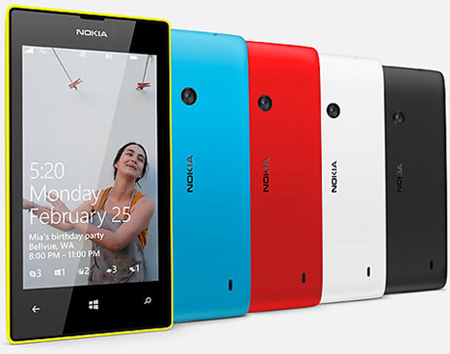