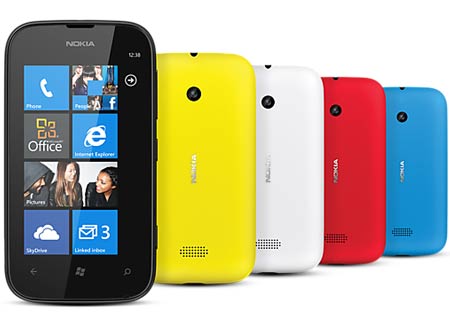 A price for the Lumia 510 has come out in the UK, which means those in the region who are smitten by the tiny Nokia device can finally get their hands on it. In the fourth quarter last year, it was slapped with a November 2012 release date and serves as a budget-friendly option, because of which it won’t run the latest Microsoft mobile OS.

Let the image above not mislead; the 510 is available in the aforementioned region only in black. It has a 4-inch touch screen display offering up visuals in a resolution of 480 x 800 pixels and a Qualcomm CPU. True to its title of a budget device, it doesn’t feature a secondary imager, but a 5MP primary snapper has been included and is capable of auto focus. 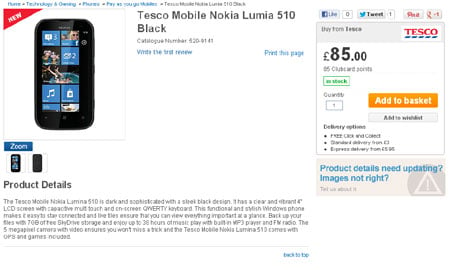 Apart from the camera, many other specs are in keeping with the handset’s standing. For example, there is 256MB of RAM positioned to assist in processing needs. When it comes to internal storage, users prospects will be limited to the 4GB available on-board, since there is no microSD card slot for expansion. But to the delight of fans, there will be 7GB of free SkyDrive cloud storage.

A 1,300mAh battery has been included in the feature list, and comes with a claimed talk time of 8.4 hours or a little over 650 hours of standby time on 3G networks. Now the only thing left to speak about is the wireless connectivity options that users will have. These include Wi-Fi and Bluetooth 2.1 with EDR. 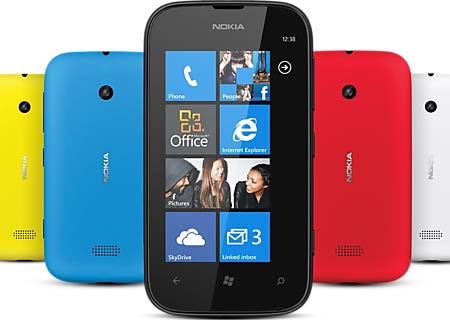 The phone has shown up on mobile virtual network operator (MVNO) Tesco Mobile’s site, which has it listed as pre-loaded with Windows Phone 7.8. Keep in mind that when it was initially released, it ran WP 7.5.

The Nokia Lumia 510 is available from the aforementioned avenue for just £85, and this might be the lowest yet for a smartphone. But it takes quite a few clicks to get to the checkout section.