The Blue carrier has loaded up its inventories, and is all geared up to dish out the 4G LTE Nokia Lumia 2520 tablet to customers in the US come November 22. $399.99 is the amount you’ll need to dish out if you wish to purchase the device with a two-year agreement, while its no-contract price has been locked at $499.99.

An offer from the carrier will cut $199.99 from the original cost if you buy one of the three eligible Nokia Lumia smartphones from AT&T. These devices include the Lumia 925, the Lumia 1020 and the Lumia 1520. Unveiled for the first time in October this year, the slate happens to be the first ever Windows RT-equipped tablet sold by the Finnish giant. 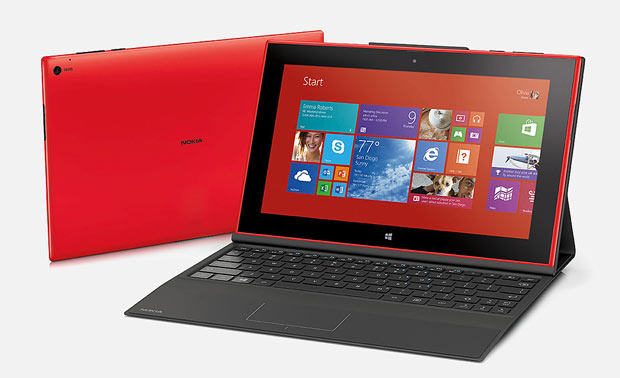 It comes fitted with a 10.1-inch full HD display that’s enhanced by the ClearBlack technology it incorporates. Measuring in at 168mm x 267mm x 8.9mm, it tips the scales at 615 grams. Nokia has equipped the Lumia 2520 with a 8120mAh battery that’s capable of providing it with a standby time of up to 25 days.

The Qualcomm Snapdragon 800 chipset which we’ve seen on high-end smartphone such as the LG G2, the Sony Xperia Z Ultra and more has been granted to this tablet as well. Other than that, 2GB worth of RAM and 32GB worth of internal storage make their way into the device.

The Nokia Lumia 2520 grabs hold of a 6.7MP rear snapper and a 2MP front camera, while it also features support for connecting to a Nokia Power Keyboard. Like we said, the 4G LTE version of the Nokia Lumia 2520 will be made available in the US on November 22 at a contract-inclusive price of $399.99.