Nokia Lumia 1525 with Snapdragon 801 is headed to T-Mobile, AT&T and Verizon

Microsoft is working on a successor to its current high-end phablet and it plans to call the device the Nokia Lumia 1525. Based on the information at hand, it’s hard to tell whether the new handset will be a major upgrade, but we do know that it’ll feature a faster processor and be available through major carriers in the US.

According to @evleaks, the Lumia 1525 will carry the ‘Nokia by Microsoft’ branding which the Redmond giant plans to use with multiple other future devices. The phone will come with the Snapdragon 801 SOC onboard which provides a small performance boost over its predecessor that’s powering the current phablet. 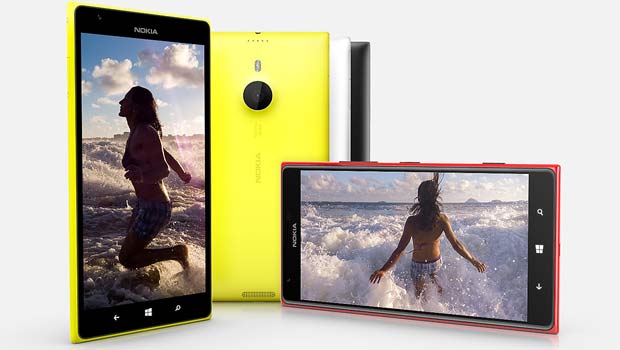 Obviously, it’ll feature the latest Windows Phone 8.1 OS out of the box. The leakster also mentioned that the phone will be available in the US through T-Mobile, AT&T and Verizon, but there’s no release date as yet. This isn’t the first time we’re hearing about the smartphone in question.

The device was also leaked back in January and is said to be in development under the Goldfinger codename. The phone is rumored to feature the same screen size, memory and battery capacity as the Lumia 1520, but with a 2K display and an upgraded camera of 25MP or 30MP. There was also word about solar display charging.

Based on the information provided back in January, the Nokia Lumia 1525 will go official sometime in September.