Nokia Lumia 1520’s launch details for the UK are out, December 6 is the shipping date

The Nokia Lumia 1520, the huge Windows Phone-based phablet that was announced last month in Dubai, will be made available in the UK in time for the holiday season. The Finnish manufacturer has already revealed the price details of the phone and it is slated to be up for grabs via retailers like Carphone Warehouse and Phones 4u in the country.

As CNET reveals, the device is free on contract with a monthly data plan of £47 through Vodafone and can be purchased for an upfront cost of £80, if you pick it up with a £38 monthly scheme. A few other plans with monthly schemes of £43, £44 and £48 are also available for varying upfront prices. The smartphone comes in shades of black and white. 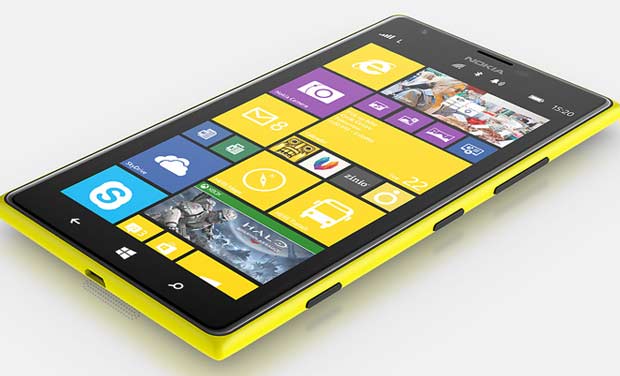 In addition to Vodafone, O2 is planning to sell the device in the country as well and it goes without saying that it will be compatible with 4G networks of the carriers in regions where they are available. And as far as the Lumia 1320 smartphone and the Lumia 2520 tablet are concerned, nothing has been revealed about their availability for the UK as yet.

Here’s a list of the key specifications of the Lumia 1520:

The Nokia Lumia 1520 will be up for grabs in the UK from December 6 onwards.