The Nokia Lumia 1520 and the Lumia 1320 that were launched more than a month ago, are already up for grabs in various regions around the globe, but the Finnish manufacturer has revealed nothing about their India availability. Nevertheless, it seems like the two Windows Phone-based phablets will not make interested users wait for long as they have shown up on the official Saholic website.

The e-retailer has only just listed the two devices and nothing has been mentioned about the price or release date of the gadgets. All that we know as of now, is that they are ‘coming soon.’ Apart from these, the recently unveiled Nokia Asha 500 and 502 dual SIM feature phones can also be seen on the shopping portal, but again, without any details. 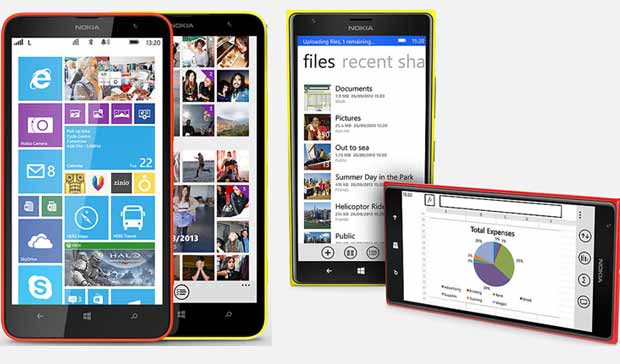 Here’s a list of the key specifications for refresher’s sake:

As soon as the launch details of the Nokia Lumia 1520 and the Lumia 1320 for India are out, we’ll let you know. And about the Asha devices, rumor has it that they are slated to be introduced in the country sometime in December itself.

Facebook
Twitter
Pinterest
Linkedin
ReddIt
Tumblr
Flip
Previous articleOppo N1 gets priced and now has a release date, will sell for $599 on December 10
Next articleSamsung Galaxy Note 3 painted in not two, but three new colors