Nokia Lumia 1320 lands in the US through Cricket

Microsoft has officially brought the Nokia Lumia 1320 stateside, but it’s only available for purchase through Cricket Wireless. The handset features a large HD screen and it can be picked up sans any annual contracts for $229.99 after a $50 mail-in-rebate via a promotion card.

The Nokia Lumia 1320 made its debut in October last year and it’s slated to receive the latest WP8.1 update. The phone is the second phablet from the company and it has the same 6-inch screen size as the Lumia 1520. The panel’s resolution, however, is 720p HD with IPS technology. There’s also Corning Gorilla Glass 3 onboard. Where specs are concerned, the phone is a mid-range addition and it’s quite a heavy one weighing 220 grams. The device is on the thicker side as well, at 9.8mm. 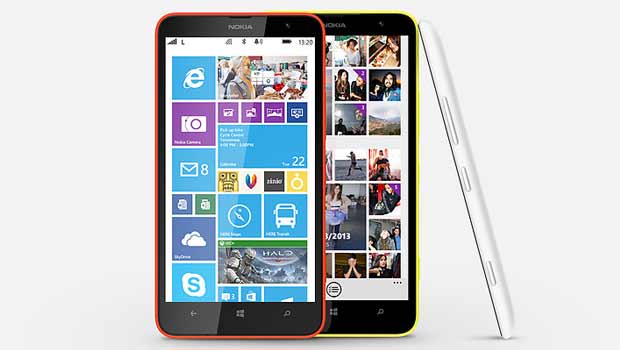 What’s more, a 1.7GHz dual core Snapdragon S4 processor does the heavy lifting on the inside. Memory-wise, the phone has an entire gigabyte of RAM, 8GB of flash storage and a microSD card slot that can support up to 32GB. There are dual cameras onboard as well – 5MP rear and VGA front. A 3400mAh battery is what powers it up, touting up to 21 hours of 3G talktime.

Cricket is offering the Nokia Lumia 1320 with monthly plans starting at $35. The smartphone is available through the carrier’s retail and online stores.