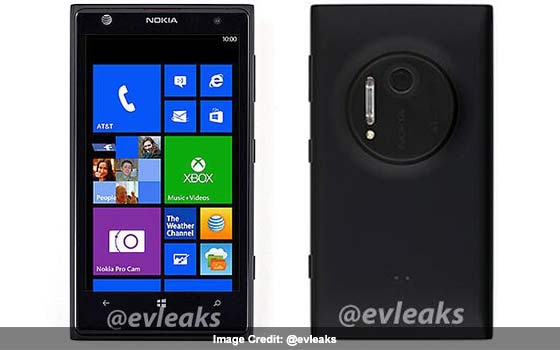 With just a few more hours left for the Nokia Lumia 1020 to get officially unveiled, a report has surfaced claiming to have a complete list of specifications that the handset will carry. Looks like latest Nokia PureView member isn’t going be all that surprising, but we’ve still got our hopes up that the manufacturer will turn heads at the New York event today with some pretty exciting features.

Before we begin, the smartphone will be branded as the Nokia Lumia 1020 and not the EOS or 909. Like its predecessors, it will carry a 4.5-inch 1280 x 768p AMOLED 2.5D Gorilla Glass 3 PureMotion HD+ touchscreen with ClearBlack, sunlight readability and super sensitive touch technologies. On the inside, a dual core 1.5GHz Snapdragon S4 processor will power it up and not the 800 chip as previously speculated.

No specific details have been provided regarding the chipset, but it wouldn’t hurt to expect the presence of the S4 Pro CPU. Apart from these, the Nokia Lumia 1020 will be deployed with 2GB of RAM, 32GB of internal storage and a 2000mAh battery. Coming to the main highlight, the device will employ a 41MP camera with OIS, a BSI sensor, 6 lens optics, 3x zoom, AF and 1080p recording at 30fps. There’s also a a 1.2MP HD webcam. 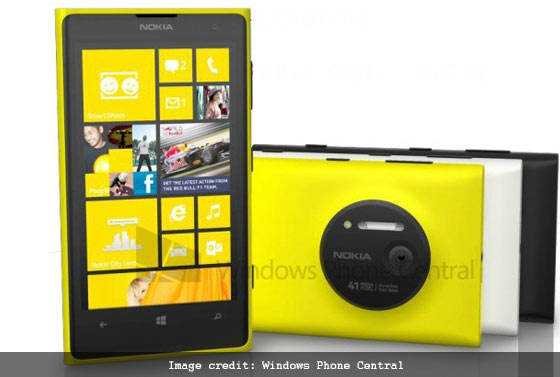 Other enhancements expected to be present in the Nokia Lumia include the Pro Camera application, Rich Recording and offline global maps amongst others. The technical details we’ve mentioned arrive courtesy of UnleashThePhone. Also, the report notes that the Nokia Lumia 1020 is identical in appearance to previously leaked press images. Where the design is concerned, the handset measures 130.4mm x 71.4mm x 10.4mm in dimensions and weighs 158 grams.

The Finnish manufacturer seems to finally be delivering a true successor to the 808 PureView and let’s hope it stays up to expectations. The Lumia 1020 will be compatible with numerous accessories such as the Camera Grip PD-95G and the Universal tripod-mount. Users will be able to equip it with an extra battery as well as wirelessly charge the device through a snap-on Qi complaint cover. The device is expected to go on sale through AT&T starting July 22 for a price of $602.