The Nokia Lumia 1020 just got a lot more cheaper

If you’ve missed Amazon’s recent sale where the Nokia Lumia 1020 was priced at just $199.99, you’re still in luck as Microsoft recently announced via the Windows Phone blog that the price drop is being made permanent. The new amount has been reflected at the aforementioned retailer, Microsoft’s online store and AT&T.

The carrier initially started selling the smartphone at $299.99 with a 2-year contract. It was also available with the Next program at $32 for 20 months. And last month, Amazon discounted the phone to $249.99 which was followed by another reduction of $50 last week. It’s quite surprising that the Lumia 1020’s price started to drop just a month after it was launched by the carrier. The device is the highly anticipated successor to the original PureView smartphone and the last of the Symbian OS, the Nokia 808 (review link). It features similar technologies as the latter, including Rich Recording and OIS in addition to a 41MP rear-mounted camera. 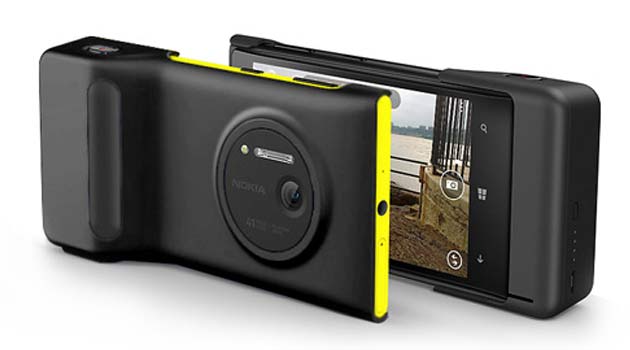 The Nokia Lumia 1020 comes with specifications similar to what can be found in top-tier Lumia phones. The AMOLED PureMotion HD+ display spans 4.5 inches wide proffering HD visuals, while a Snapdragon S4 dual core 1.5GHz processor delivers the steam. The RAM, on the other hand, has been increased to 2GB and the internal storage is 32GB. The device also features exclusive Nokia applications such as Cinemagraph, Glance Screen and Pro Camera which delivers manual controls amongst others.

What’s worth mentioning is the Lumia 1020 with AT&T Next now costs $27 a month for 20 months following this price cut. And when purchased from the Microsoft store on-contract, you’ll be given a free Nokia camera grip worth $74.