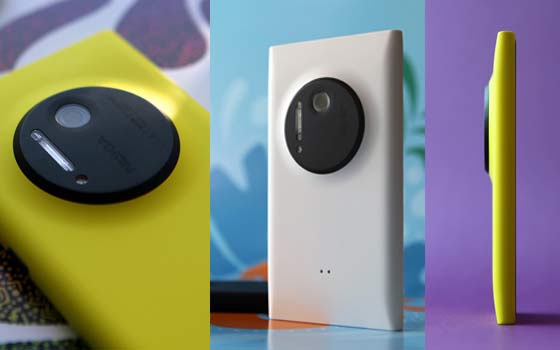 The wait is over as the Nokia Lumia 1020 has finally gone official and it’s scheduled to make its first pit stop at AT&T in the US where it will sell for a subsidized price of $299.99. The Nokia Lumia handset does indeed come with a 41MP sensor, making it a true successor to the first PureView smartphone. Now all we need are price details for the global unlocked version.

The rear camera on the Nokia Lumia 1020 carries the same 41MP count as the 808 handset (read our review). However, the sensor has been improved. It features Carl Zeiss optics with six lenses and an f2.2 aperture. Apart from these, the handset sports OIS and a Xenon flash along with an LED one for video recording as well as a 1.2MP HD webcam on the front.

Complementing the high performance snapper is the Pro Camera application which allows photographers to manually adjust settings like the exposure level, white balance, shutter speed, focus and ISO. Last but not the least is Rich Recording which has been absent from the previous PureView WP8 smartphones.

Where specifications are concerned, the most recent leak was spot on with accurate hardware details found in the Nokia Lumia 1020. The display will be the same as the current flagship, a 4.5-inch PureMotion HD+ OLED panel with WXGA resolution and the usual set of technologies. This panel, however, is coated with Gorilla Glass 3. On the inside, there’s a 2000mAh battery, a 1.5GHz dual core S4 processor, 2GB of RAM and 32GB storage. 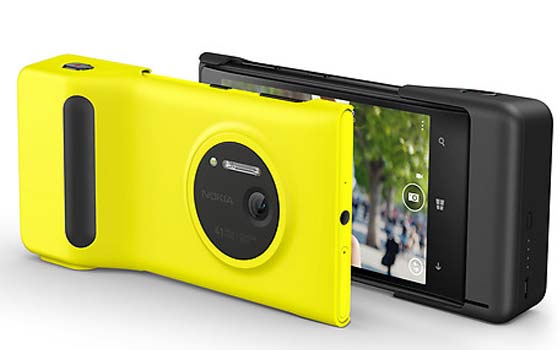 The aforementioned price for the Lumia 1020 is accompanied by a 2-year contract with the carrier. So far, no release date has been provided, but previous reports note that the device should start shipping from July 22, while its launch in select European locations and China is slated for this quarter. Also, a 64GB exclusive variant will be available through Telefonica in certain markets.