HMD Global is set to host an event on October 19 in China where it’ll probably announce new phones for the market. The mystery here is whether it’s looking to announce the Nokia 8 or a completely new handset.

Two phones with the model numbers TA-1041 and TA-1042 recently got certified in China. Some say these could be the 4GB and new 6GB RAM variants of the Nokia 8. Moreover, the official TMALL Nokia store is currently featuring a GIF of the brand’s Bothie tool which made its debut with the 8.

Still, Bothies probably aren’t exclusive to the Nokia 8. The teaser also includes the letters ‘qi’ which translates to the number 7 in Chinese. This has lead some to believe that the brand will launch the Nokia 7 on October 19. 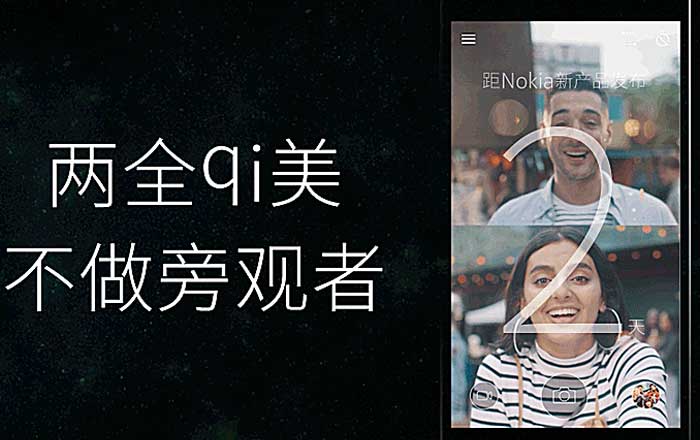 Nokiamob also points out that there’s an OZO camera shadow lurking in the background of one of the teasers. The text itself roughly translates to ‘A new Nokia device coming in 3 days.’ Not much is known about the Nokia 7. Rumors allege that it’ll be sold in 3GB/32GB, 4GB/32GB, and 4GB/64GB options. It may even offer OZO Audio, a Snapdragon 630 processor, and Bothie support.

Another possibility is the Nokia 2. A previously leaked render of the device had featured the same wallpaper as the invite up top. The phone probably won’t get its hands on a Bothie feature due to its basic specs, so the firm may be planning to launch more than one device on October 19.