Did Nokia just tease a laptop for October 22 event? Nah!

We know that Nokia will launch a new phablet, the Lumia 1520 and a Windows RT tablet dubbed Sirius, but there seems to be another addition for the event on October 22, a laptop. The company’s Conversations blog has put up a teaser image which shows a WP8 handset, a Windows slate and a notebook.

Now while a laptop from Nokia would be just great, it appears that the image may have been misinterpreted by everyone. The blog post basically talks about Nokia World which will take place in Abu Dhabi, UAE, and it says that ‘you can watch the action on your screen of choice,’ as the event will be broadcasted on the Conversations website ‘for the first time.’ 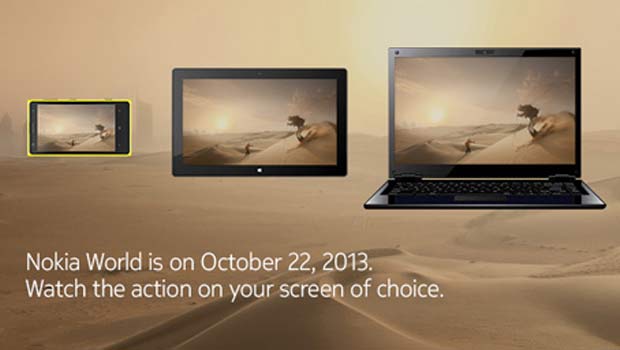 What the Finnish giant could be trying to say is that we will be able to watch the event live on a mobile phone, tablet, laptop or any other device connected to the internet. Looks like a lot of people jumped the gun on this rumor, but the possibility of Nokia developing a notebook isn’t out of the question.

The company had launched the Windows based Booklet 3G at Nokia World 2009, so will it venture down that road again this year even as it’s selling its devices business to Microsoft? We doubt so. If you really want to know what a Nokia laptop looks like (at least back in 2009) hit the video embedded below.

In ten days from now we will be able to officially put these rumors to rest. We’d recommend not getting your hopes high for a Nokia laptop, but things could change when under Microsoft’s command.