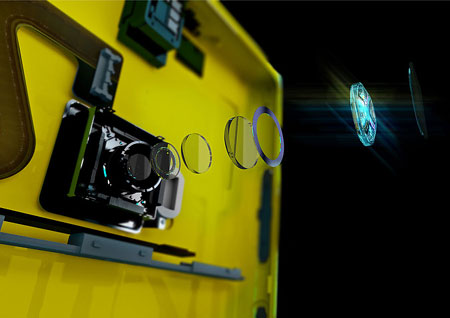 The Nokia EOS Windows Phone is apparently in the works with ‘real’ PureView technology in tow, if the latest rumor doing the rounds is anything to go by. The piece of gossip even pegs a release window on its subject, conferring an arrival sometime this year.

EOS is just a codename for now, we understand, and the device is expected to be slotted into the company’s high-end Lumia range for 2013. The Windows Phone will apparently be worthy of its PureView tag, and will feature an imaging sensor comparable to the company’s own 808.

This isn’t the first, and we suspect it won’t be the last bit of speculation to pop up as we approach this year’s highly anticipated MWC. In fact we just heard that Samsung is planning on unveiling an 8-inch version of its popular and hugely successful Galaxy Note tablet.

Coming back to the matter at hand, this juicy tidbit arrives courtesy of the folks over at The Verge, who have been tipped off by sources close to the Finnish company’s plans. The phone is also to have squared edges on an aluminum body instead of the polycarbonate structures presently employed on Lumia devices.

And the web site is reporting that the rumored phone will make up a refreshed design philosophy leading to new-look Lumia handsets. The report also points out that Nokia is already looking for a replacement for the Lumia 920 and is speculated to have an aluminum body.

And if past rumors have provided anything of a yardstick into the inner workings of multinational bigwigs, this piece of speculation can be taken with a bit of hope for fans of the Microsoft mobile platform, but we’d advise against it for now. We’ll just have to wait until the impending MWC for someone to pose an awkward question to a company official.

So whether or not we will actually see the Nokia EOS Windows Phone with its real PureView technology dangled in front of our faces remains to be seen. We can add this to the rumor pile, which we expect is likely to grow in the coming weeks. Meanwhile, past leaks which have come to fruition include the one surrounding the iPhone 5 and a few of its specs, as well as the talk which encompassed the ZTE Grand S last December.