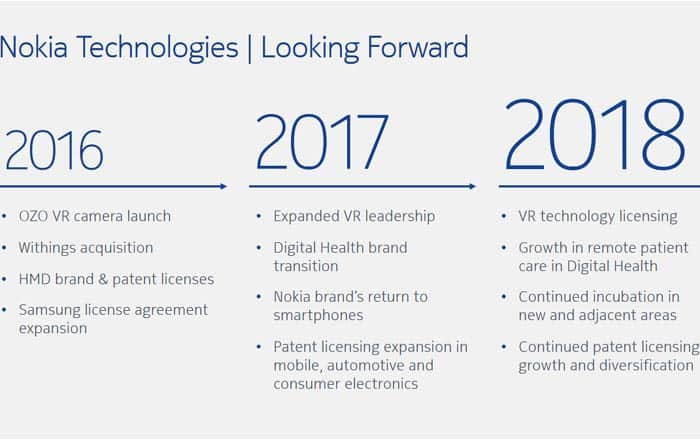 Nokia’s comeback to the world of smartphones has been talked about at length for the past few years, with very little official information to go on. However, this status quo is now set to change with the arrival of an official presentation which the brand showed to investors during its Capital Markets Day event.

One crucial slide details that 2017 will be the year for the Nokia brand’s return to smartphones. Another slides emphasizes the fact that it’s not going to actually put together the handsets. Instead, it’s going focus on brand, patents and oversight.

Foxconn will be the ones handling the R&D and manufacturing side of things. The two will work together to make it possible for the newly-created HMD to develop, market and sell Nokia-imprinted phones and accessories.

HMD has an exclusive contract for mobile phones spanning 10 years. It’s committed itself to pouring in minimum of €500 million to marketing for the first 3 years. Intriguingly, the slides also talk about expanded VR leadership in 2017, followed by VR technology licensing in 2018. 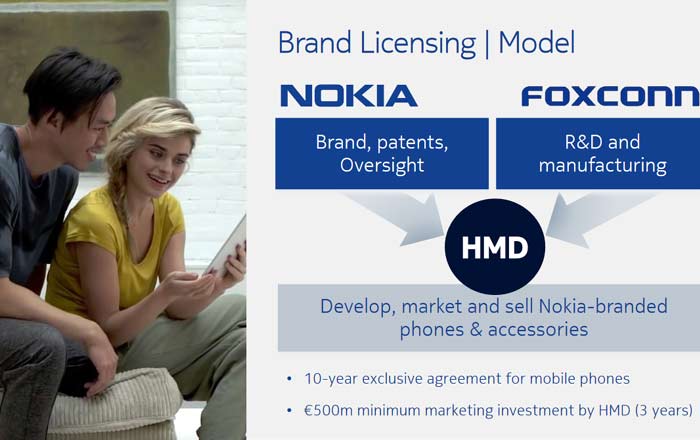 Unfortunately, the presentation doesn’t detail when exactly the smartphones are coming out and whether or not they’ll run on Android. With regards to the former, rumors suggest that it’ll be released in the second quarter of 2017.

This adds fuel to the fire of speculation which suggests that Nokia will unveil its new devices in February at the MWC where its CEO Rajeev Suri is scheduled to give a keynote address. The heavily leaked D1C handset may well make its debut there, alongside other phones and tablets.