The Nokia Bandit is a Windows Phone 8 addition which we’ve all been waiting for. OEMs manufacturing Android devices have been embracing the phablet segment for a couple of years now. And it looks like Nokia has jumped on the bandwagon as it plans to announce 2 new large smartphones in the months to come, one being the device in question and the other a 5.2-inch handset which falls in the mid-range segment.

This is the first time we’ve heard of the Nokia Bandit. However, the specifications look quite familiar. That’s probably because everyone’s been speculating a 1080p screen and a quad core processor for various Nokia smartphones, only to be left in disappointment. This time, we’re hopefully going to see a Lumia device arrive with mouth-watering hardware components. While we know it’s not going to be the NL 825, the Bandit is the only contender in sight. Details of the latter smartphone have surfaced through The Verge which claims to have received the information via sources familiar with the company’s plans. 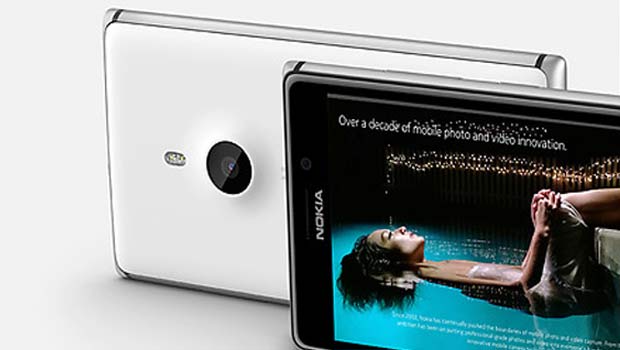 If the report is anything to go by, the upcoming 6-inch Nokia phablet will be the first in its ecosystem to carry a 1080p display and a Qualcomm Snapdragon quad core processor. To support the new features, the WP8 platform will be updated to GDR3 which brings in hardware compatibility and also various enhancements. The smartphone is said to have a slim and lightweight design crafted from polycarbonate and there will be slight bump on the rear to accommodate the camera which will be a 20MP sensor, according to the rumor.

Bandit is just a codename for the device and Nokia plans on introducing many more phones with FHD screens in the future. As far as a release date is concerned, the phablet should go official later this year.