The Nokia Asha 502 ‘crystal-clear’ device that was officially released at an event in Dubai in October along with the Asha 500 and 503, has finally arrived in India and is up for sale through the company’s eStore. It has been priced at Rs 6889, but the portal is selling it for a discounted price of Rs 5,739. The other two Asha phones haven’t been released as yet.

The feature-rich touchscreen device can be picked up in various shades such as red, cyan, black, yellow, green and white. It has dual SIM card slots and the front panel is dominated by a 3-inch LCD QVGA capacitive display that has a resolution of 320 x 240 pixels. An accelerometer and a proximity sensor have also been tossed into the mix. 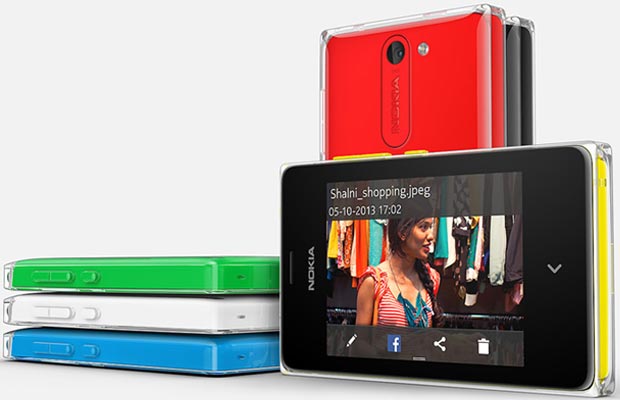 It is packed within a chassis measuring 99.6 x 59.5 x 11.1 millimeters and tips the scales at 100 grams. The phone is based on the Nokia Asha software platform 1.1 and it draws power from a 1010mAh battery. You can expect the device to cough up the juice for talk time of about 13.7 hours in the 2G mode and its music playing time is said to be of over 42 hours.

The Asha 502’s rear panel plays host to a 5MP fixed focus camera complete with LED flash, 4x digital zoom, white balance, full screen viewfinder, image editor and more. And of course, it can record videos as well. Other features of the phone include Bluetooth, FM radio, GPS and Wi-Fi to name few.