The Nokia Asha 502 and 503 are speculated to be the latest additions after the Asha 501 to run on the new mobile OS. Both devices are seemingly aimed towards the entry-level segment delivering a smartphone-like experience in an affordable package. While neither of the two handsets is official as yet, specifications and images have managed to leak out.

Let’s begin with the Asha 502, a.k.a Pegasus. A report on This Is Nokia has noted that the device will feature a polycarbonate form factor with a scratch-resistant Gorilla Glass touchscreen. The screen is slated to be between 3.2 to 3.5 inches in size and its resolution is estimated at 360 x 640 pixels. Where the design is concerned, the device will be slimmer and lighter than its predecessor. Additionally, the source notes that the phone will be much faster as well, citing the possibility of it having a single or dual core processor clocked between 1GHz to 1.2GHz. The 502 will carry 3G connectivity with optional dual SIM support and a 5MP rear camera. 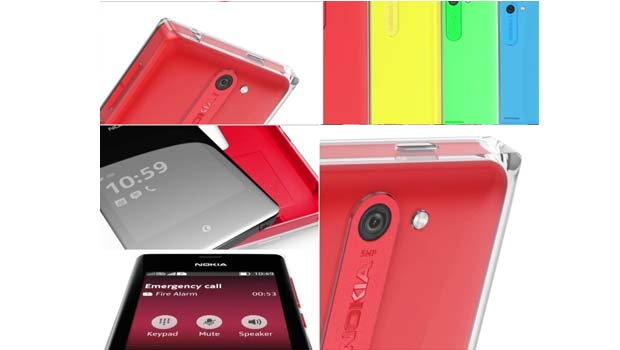 Coming to the Asha 503 Lanai, this handset will be slightly beefier than the aforementioned one. Encased within a polycarbonate body is a 3.2- to 4-inch display, possibly coated with Gorilla Glass, a single or dual core CPU clocked at up to 1.5GHz and a dedicated GPU. There’s no mention of a snapper on this model, but it will also feature the company’s new camera applications. Apart from 3G support and a dual SIM option, 4G connectivity is said to be on the cards. RAM for both devices is estimated at 128MB to 512MB.

While the specifications of the Nokia Asha 502 and 503 look to be feasible, we’d recommend taking a large pinch of salt with this news as the information is yet to be authenticated. Nevertheless, both devices are definitely in development and should arrive in Q3 or Q4 of 2013.