The Nokia Asha 230 dual SIM feature phone that was unveiled at the MWC along with the Asha 220, has hit the official eStore in India for an extremely affordable amount of under Rs 3,500. Like most of its other siblings, the device is meant for users who wish to have a smartphone-like experience without having to part with an insane amount of money.

The compact Nokia Asha 230 shows off a 2.8-inch LCD Transflective touchscreen deployed with a set of features such as brightness control, tactile feedback, low power mode, Nokia Glance screen and more. It can deliver visuals in 320 x 240p resolution. On the rear panel, the company has fitted a 1.3MP fixed focus camera complete with the ability to record videos amongst a number of other things. 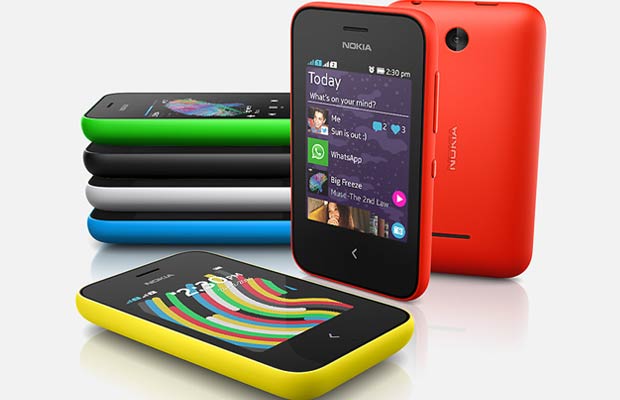 This phone makes the most of the Nokia Asha software platform and the company says that OTA firmware updates will be beamed to the device in the future. An expansion slot has been carved into the phone for allowing users to increase its internal storage and the phone relies on a 1020mAh battery which can cough up the juice for talk time of about 11 hours in 2G and standby time of around 33 days.

Potential buyers can now purchase the Nokia Asha 230 dual SIM smartphone via the official eStore for Rs 3,449 in shades like black, red and white. Its yellow version is on the cards as well.