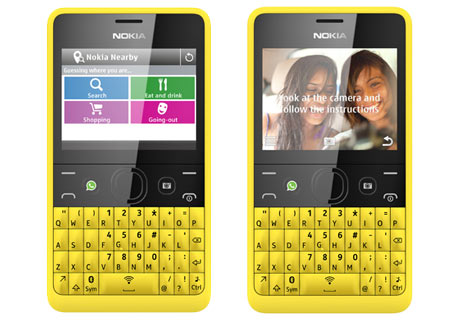 The new device that Nokia teased recently has turned out to be a QWERTY handset, and the said Asha 210 price is $72. According to the Finnish manufacturer, this addition to its feature phone lineup comes with deep social network integration and a host of goodies to lure in avid texters.

Design-wide, the Nokia Asha 210 shares much resemblance with the Lumia series, especially the WP8-powered 620, owing to the bright color options and rounded edges. The camera housing on the rear also proffers a very Lumia-like appearance. The company has taken up a similar approach to what HTC adopted with its Status handset. Amidst the many keys, there’s a dedicated WhatsApp button for quick access to the IM service. Additionally, users will be able to setup their Facebook and Twitter accounts as well as email IDs for staying connected while on the move. 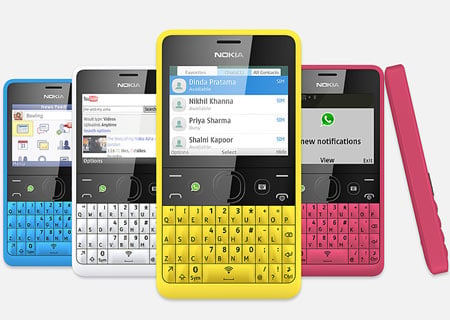 Above the keyboard is a 2.4-inch QVGA 320 × 240p screen that can display up to 65k colors. On the rear, users will find a 2MP camera that’s accompanied by a dedicated button on the front. This key can be used to activate the snapper even when the screen is off or locked. There’s a self-portrait mode included with the phone that provides voice-guidance to get accurate photographs, and an image editor to tweak captures which can be shared with others through social networks or Slam.

When not on Wi-Fi, owners will be able to save on data charges by surfing the web through the Xpress Browser which compresses pages by up to 90 % by leveraging cloud-based technology. There’s access to the Nearby web app as well, for finding local places like sights, restaurants and others. The handset packs a 1200mAh battery that can deliver 12 hours of talktime, 40 hours of music playback, or 14 hours of Wi-Fi browsing.

Currently, there’s no concrete information on when and where the Nokia Asha 210 will be released and the amount provided is likely to be sans any local taxes. When launched, the phone will retail in single and dual SIM versions drenched in yellow, cyan, black, magenta and white colors. 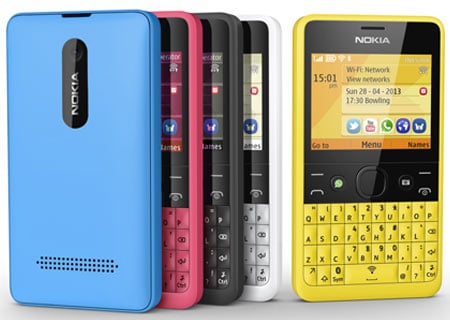