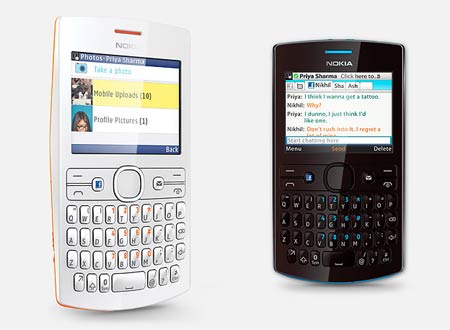 The release date and price in India of the Nokia Asha 205 has been officially revealed and the phone is all set to come in time for Christmas. Its highlights include a dedicated Facebook button allowing one-click access to the SNS, and Slam, the quick sharing feature we heard about recently.

Slam is a connectivity attribute which allows users to send and receive multimedia content a lot faster than usual. It eliminates the need to pair devices and works with most phones that have Bluetooth, even if the recipient doesn’t have the aforesaid feature. 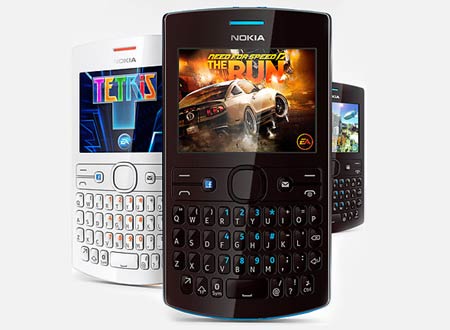 In terms of hardware, the phone has a measly 64MB of internal storage, of which the user has access to only about 10MB. But thankfully this can be expanded all the way up to 32GB using a microSD card.

There is a 0.3MP camera on the back panel for clicking pictures and capturing videos, but it doesn’t have any of the high-end traits attached to it such as an LED flash. It offers a resolution of 640 x 480 pixels and can record video 176 x 144p resolution at 10 frames per second. 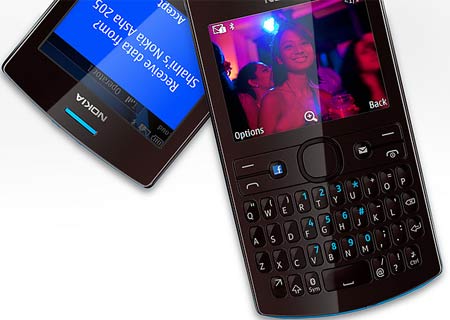 A 1020mAh battery has been employed, to which is attached a claimed standby time of 608 hours (which amounts to about 25 days) and a talk time of 11 hours. When speaking about wireless connectivity, in addition to Slam which we’ve already touched upon, the Asha 205 has dual SIM capabilities. It also has Bluetooth 2.1 + EDR consuming less power.

A 2.4-inch (or 6.1cm) LCD screen displays visuals at a resolution of 320 x 240p, and just below it is a four-row QWERTY keypad, that makes typing that much easier. Those who take issue with overly large and cumbersome phones can rest assured as the device measures 112.8mm x 61.1mm x 13mm in dimensions and weighs just about 94 grams. 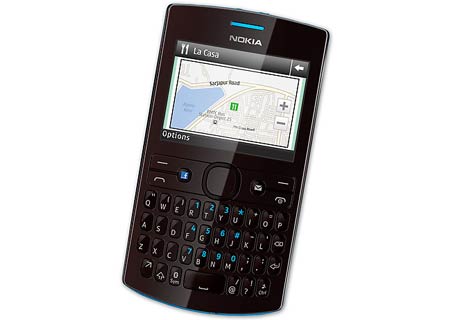 The Nokia Asha 205 will be made available in orange and cyan color options for Rs. 3,499 in India. It is scheduled for release on December 24, 2012, with its US launch still unclear.