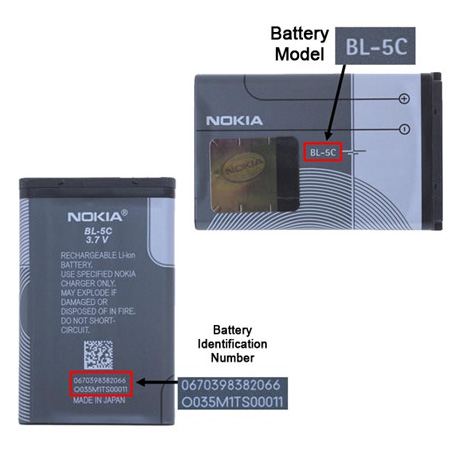 Nokia has stated that in very few instances, the Nokia-branded BL-5C batteries subject to the product advisory could potentially face overheating initiated by a short circuit while charging, causing the battery to dislodge. Currently, Nokia is working closely with Matsushita and will be working with appropriate authorities to examine this situation.

Nokia has a number of suppliers for BL-5C batteries who have jointly created over 300 million BL-5C batteries. This advisory applies only to the 46 million batteries manufactured by Matsushita between December 2005 and November 2006, from which there have been around100 incidents of overheating reported globally. No serious injuries or property damage have been reported.

Users with a BL-5C battery subject to this advisory should keep in mind that all of the around 100 incidents have taken place when the user was charging the battery. Nokia maintains that this problem does not have an ill effect of any other use of the mobile device.

Consumers can get their Nokia BL-5C batteries replaced subject to this product advisory.

The BL-5C batteries which are subject to the product advisory were used with the following Nokia models or separately as accessories:

So open and check the battery right now. The Nokia battery will have “Nokia” and “BL-5C” printed on the front of the battery. On the reverse, the Nokia mark appears at the top and the battery identification number (consisting of 26 characters) is found at the bottom. Consumers should refer to this identification number to decide if their battery is among the batteries manufactured by Matsushita between December 2005 and November 2006. A comparison of that number with those subject to this advisory will determine a consumer’s ability to obtain a replacement free of charge.

For more info and to check on your battery status, please visit www.nokia.com/batteryreplacement/en/.