Soon after renders of a Nokia Android smartphone surfaced recently, a fresh set of photos gives a real-life look at the upcoming phone. The images first emerged on Weibo and feature a device with the Nokia logo on its back.

Intriguingly, the hands-on snaps appear to fall in line with the Nokia phone previously seen in the leaked renders. Reports allege that the device in question is the D1C, a frequent presence among rumor mills. It was first believed to be a phone, then a 13.8-inch tablet, and now is back to being a handset once again.

The newly leaked photos suggest that Nokia’s going to opt for a metal back which will feature the camera and flash units one on top of the other and an iPhone 7-esque antenna design for its Android offering. Little else can be gleaned from the snaps.

There’s no way to confirm the leak’s authenticity as of now. Previous reports have hinted that the smartphone may feature Android 7.0 Nougat out-of-the-box and a 1.4GHz octa-core Snapdragon 430 processor. The latter could be helped along by an Adreno 505 GPU, 16GB of storage, and 3GB of RAM. 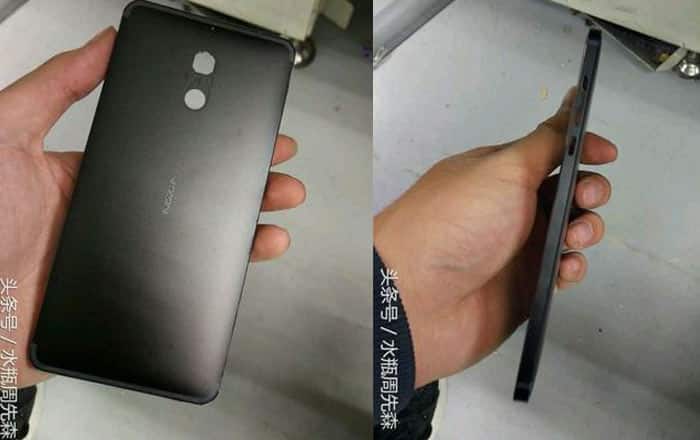 In terms of photography, the Nokia device may house a 16MP rear camera which could get paired alongside an 8MP selfie snapper. All-in-all, the phones comes across as a mid-ranger. Earlier speculation posited that the brand was also planning to launch more premium products equipped with high-end specs like a 2K screen and Snapdragon 820 processor.

Stay tuned for more on Nokia’s lineup of phones and tablets. It’s expected to come out with the Android-fused products in Q2 of 2017.