Talk about the unlikeliest of companies to release an Android launcher and Nokia could very well top that list. Yet, the Finnish giant has released a pre-beta version of its Z Launcher which you can try out right now if your phone fits the bill.

This app has been developed by Nokia alright; but by the team which Microsoft didn’t include in its shopping bag when it made the purchase of the Finnish firm last year. This Z Launcher is a work-in-progress project, and regardless of this, its makers have decided to give Android users pre-beta access to it. 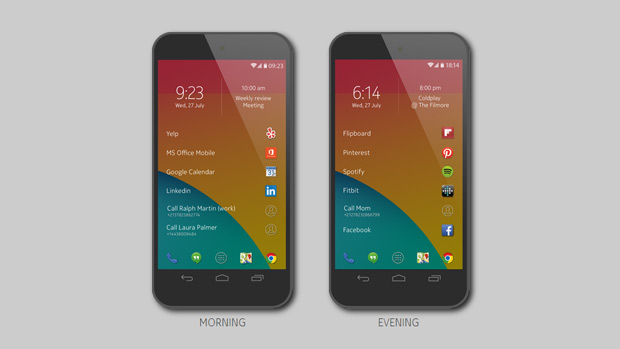 It is said to have been optimized for popular handsets like the Nexus 5, the Galaxy S5, the Moto X, the HTC One, Sony Xperia Z1 and more. However, we had no issues getting it working on slightly lower end devices as well.

What the Z Launcher does is that it learns from your daily habits and promotes your most used apps on the homescreen. This way, the more you use it, the better it gets. You can also expect your homescreen to change based on the time of the day and your location.

There’s also a way to get to apps using the familiar grid, but one more unique feature which this application brings with it is its gesture commands attribute. If you want immediate access to a particular app, all you need to do is draw the first letter of that application on the screen.

Head over to this link in order to download Nokia’s Z Launcher now. Keep in mind that it’s a pre-beta version so expect lots of bugs.